Big East Football If Every Team Were A Judge From Chopped

Share All sharing options for: Big East Football If Every Team Were A Judge From Chopped

If you've been paying attention, I'm a bit of a sucker for cooking shows. MasterChef, Hell's Kitchen, Top Chef, Next Food Network Star...you name it, I'm watching it. What's weird is that I'm not much of a cook. I can make a damn good omelet and you haven't had nachos until you've had Sean Keeley's World Famous Nachos Grande (the key is layering). Beside that, I don't have a clue. If you want someone to sous-vide a duck breast, serve it on a bed of parsnip puree and add a dollop of crème fraiche, I'm not your guy. But I'm happy to watch a complete stranger do it.

One of the best shows in the lot is Chopped. If you're not familiar, four chefs are given a mystery box that contains four random items. Those items usually have nothing to do with one another, like duck livers, cotton candy, taco shells and braeburn apples. Each chef then has to create the best appetizer possible and it must include those four ingredients in some form. Three chefs move on to the next mystery box to create an entree and then the two remaining chefs battle it out to create a dessert with the final mystery box.

The best part of the show are the judges, a collection of celebrity and top-level chefs who take everything way too seriously and nitpick every dish in a way that makes Top Chef seem like playtime.

Anyway, I never figured I'd talk about Chopped here until I saw it mentioned in a Drew Magary column and now a Bill Simmons mailbag. As far as I'm concerned, that's the sports blog tipping point for Chopped. And so...

Big East Football Teams If They Were Judges From Chopped 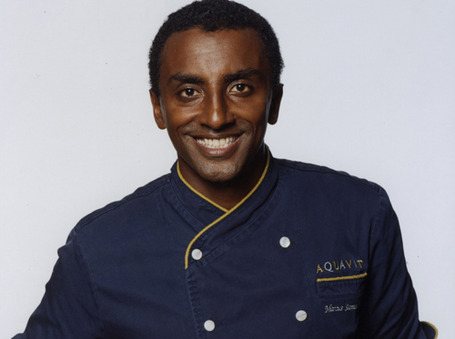 Both originally from strange and inhospitable landscapes (Ethopia/Cincinnati).

Both saw a meteoric rise to fame, both have failed to make notable appearances in recent seasons.

Marcus once said to a contestant, "I want you to come up here and taste the beautiful bitter melon and I want to watch your facial expression." The look on that chef's face mirrored the look on Cincy fans' faces when Brian Kelly took the Notre Dame job. 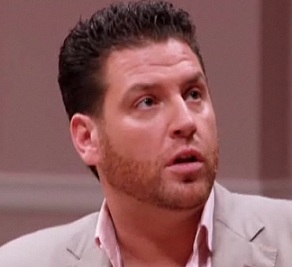 Both were born in Connecticut but fancy themselves New York City-folk.

Conant was a top restauranteur and TV personality, reaching great heights as a judge on Chopped. He then traded that in for a hosting gig on 24 Hour Restaurant Battle, which is decidedly-less cool and more boring than Chopped.

UConn had become a top Big East football program, winning the Big East title with Randy Edsall. They then traded him for Paul Pasqualoni, who is decidedly-less cool and more boring than Edsall.

Conant has an aversion to raw onions that borders on ludicrous. One would imagine the people of Connecticut find serving raw onions "too ethnic," eat only cooked onions.

Conant has a reputation for being cantankerous and cranky, snapping at those he's judging. Just like...you know. 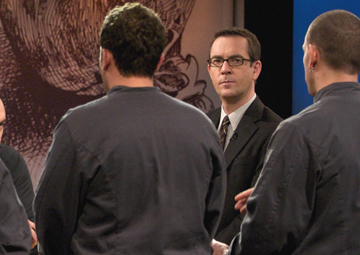 Allen always has a pained look of sorrow on his face whenever he has to chop anyone. Louisville fans have that same look on their face anytime you mention the word "Kragthorpe."

Ted is a former Queer Eye host, where he was surrounded by people in flamboyant clothing. Louisville has Rick Pitino, who dresses like this. 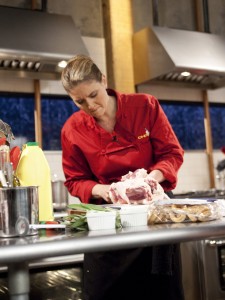 In the Chopped: All-Stars Challenge, she came up short against stiff competition. Do I really need to write the Pittsburgh version of that?

The self-appointed "bad boy" of the show/conference.

He/Rutger fans seems to enjoy pointing out everyone else's flaws.

Neither showed up last season. 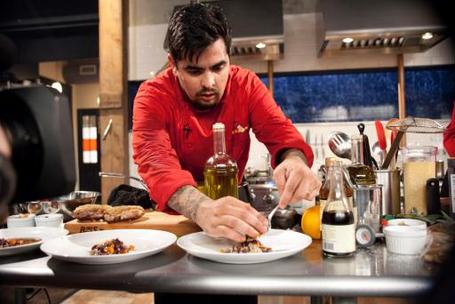 His name must always be pronounced "Ah-RONE SAN-CHEZZZZZ."One of the original options for naming USF was Ponce de Leon University, which you probably would have had to pronounce as, "PONS DEY LEY-ONNNN."

During Chopped: All-Stars, he used a can opener on a can that had a pull-off lid. I'm 95% sure that's how all USF fans drink their Coors Light.

If you were to ask USF fans what they thought when the school hired Skip Holtz, they would all tell you... 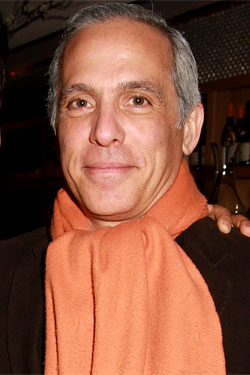 His style is described as "modern, dynamic American." One could describe Doug Marrone in the same exact way.

There's a pompousness and smarminess to the way he judges, whether it's intended or not. Syracuse fans can come off as pompous and smarmy, especially if you bring up 1959, 1987 and the Donovan McNabb Era.

Geoffrey won his first executive chef position at the landscape-changing Restaurant 44. Did you hear me? I said Restaurant 44!

His signature dish is called the "Ditch Dog," which also happens to be Dana Holgorsen's high school nickname.

Murphy is often referred to as "a pioneer of casual upscale dining." West Virginia...uh...their mascot kinda looks like a pioneer.

The most feared judge on the panel. Alex has murdered untold contestants with a simple glare. The most feared future Big East team, they have made every current conference team pee their pants with the mention of their name. 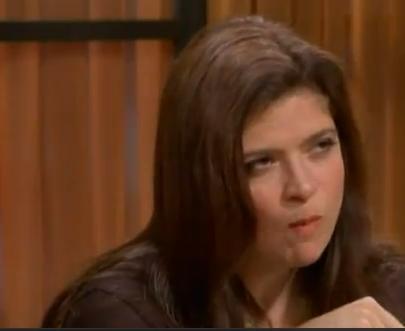 Alex is always seated at the center of the table, commanding the most respect. TCU will be sitting at the head of the Big East table for the next 25 years. Unless they leave to join the Pac-12 before then.