Share All sharing options for: Syracuse Players In NFL Camp: How's Everyone Doing?

Scott C. went to Jacksonville Jaguars camp the other day and snapped some photos of Andrew Lewis, who's trying to make the team. BEHOLD! 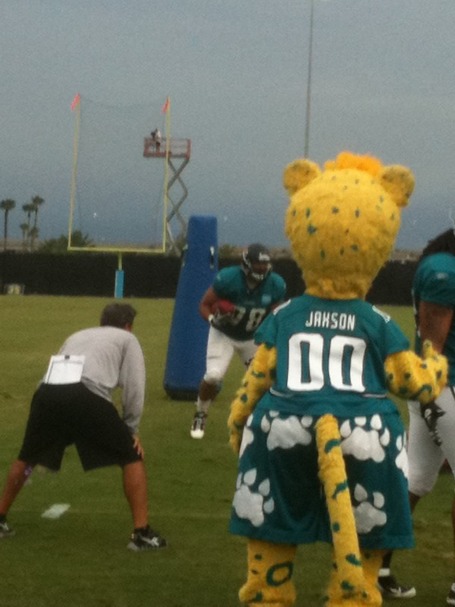 Some more photos here and here. Scott also got to say hi to Big Drew:

I was wearing a Syracuse Cap and an Orange Syracuse Lacrosse shirt. When I seen Andrew I yelled Cuse and he looked over to me. He did come over and shook my hand and asked me if I came down here. 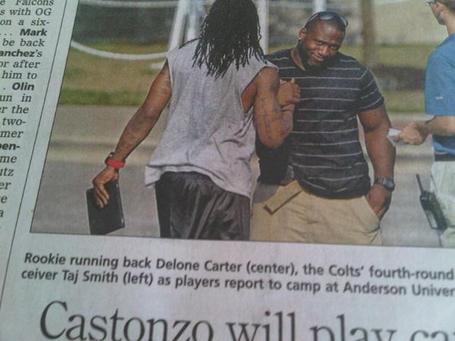 Meanwhile in Baltimore, Ryan Bartholomew is already getting reps with the first-time (albeit due to someone else's injury).

Doug Hogue hasn't been with the Detroit Lions for more than a few weeks but he's already in danger of losing his jersey number.

Totally missed this one but former Syracuse TE Jose Cruz is in camp with the Tampa Bay Buccaneers alongside Derrell Smith. Speaking of Smith, he's got a good shot at playing time at the middle linebacker spot.