Operation 'What The Hell Is That?': STH

Share All sharing options for: Operation 'What The Hell Is That?': STH

In today's Post-Standard, there was a full-page Syracuse Football ad in which all the players were hugging one another (I think). In that ad was an oval, football logo with the letters STH inside of it.

What the hell is STH?

StealthTurkey was kind enough to post a photo (from his messy desk area). Let the speculation begin! 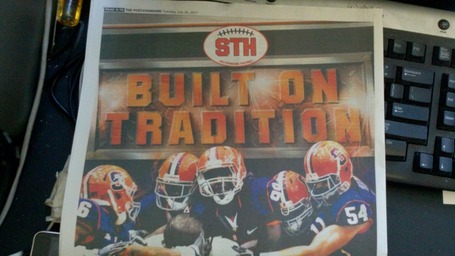 The safe money seems to be Syracuse Ticket Holders, but why would you put that there?

Did we invent a standing called Sth place and then get it? Wouldn't we always win it? Or at least split it with Stanford?