Remember when I said, "Another day, another commitment to the Syracuse Football Class of 2012?" Seriously, I wasn't kidding.

Today brings us yet another future Orange. Harold Brantley, a 6-foot-2, 280-pound defensive lineman out of Hershey High School, who gave the Orange his verbal.

Brantley also played fullback for Hershey last season, but he was recruited by SU to play on the defensive line.

As a bit of an aside, there was a discussion today in the comments of the Jason Emerich post about 4/5 star-rated athletes and why the Orange don't get any. I think it's worth noting that Brantley:

What do you care more about in this situation, that Brantley is a "no-star" player or that we just beat out some top-notch football programs (and Rutgers) for him? Thought so.

Aside from being the team's second-leading rusher at fullback, Brantley contributed 21 tackles (14 solo), averaging 2.6 tackles per game, last season. He was also named to the All-Mid-Penn Colonial Conference Football Team honorable mention (as a fullback).

And hey, if ever wants to play basketball for the Orange, it looks like he can be a beast in the middle for us. 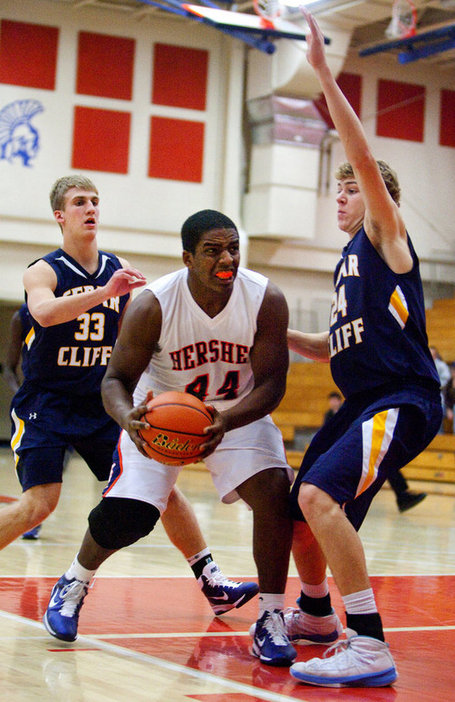