First and foremost, this is a photo of Syracuse Orange fans doing The Wave during Syracuse's 75-49 victory over the Seton Hall Pirates on Wednesday. I want all of these people identified and banned from the Carrier Dome.

By now you know about Fab Melo's big night. As you can see on the right, Seton Hall even tried to tackle Fab and hold him down. It didn't work.

I don't know what it takes to get on Team Jardine, though I have an idea, but it seems like a really fun team.

There was a lot of celebrating and dancing and flying through the air, like this and like so... 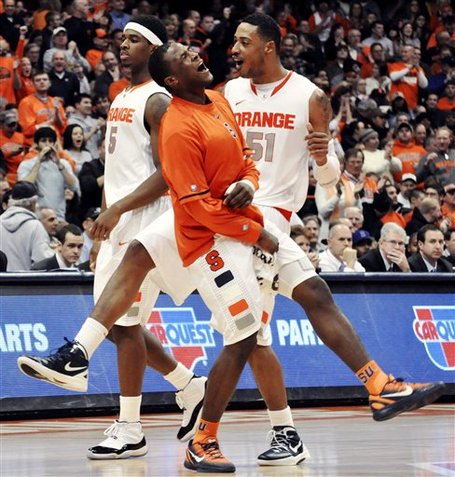 While Fab was the hero, Dion Waiters had such a good game it seemed as though he was floating on air for most of the game.

Maybe it's just me but I found it cocky when Michael Carter-Williams spent most of the second half playing while seated. MCDubz has a lot to learn.

C.J. Fair put together another solid game and leads the Orange in Yells Per Shot.

I wonder what Boeheim was saying to Kris Joseph here... 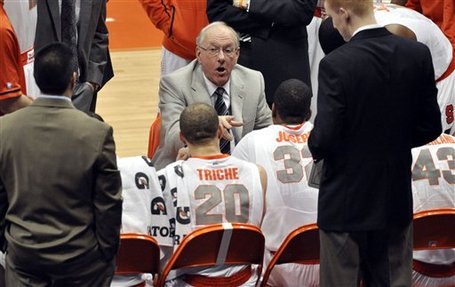