From now until he's fired two years from now, the annual battle between the Syracuse Orange and Connecticut Huskies will be The Coach P Bowl (not to be confused with the Couch Pee Bowl, which is West Virginia - South Florida.

Every great rivalry needs a trophy. Syracuse vs. West Virginia has the Schwartzwalder Trophy. Louisville vs. Cincinnati has the Keg of Nails. Iowa vs. Iowa State has the Godforsaken Cy Hawk Trophy.

Syracuse vs. UConn needs a Coach P Trophy. And that's where you come in.

It's probably too late to get one assembled this season but I'd love to be able to show the designer some mock-ups for next year. I've got some examples to get you started but feel free to add your own possibilities in the comments below. 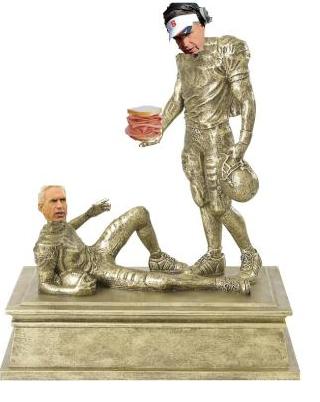 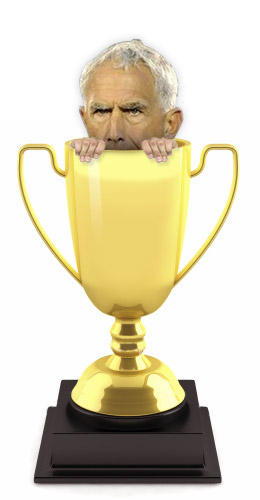 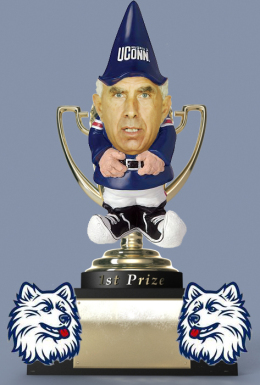