As you now, something isn't a big story until Taiwanese animators create a surreal "news" piece about it. 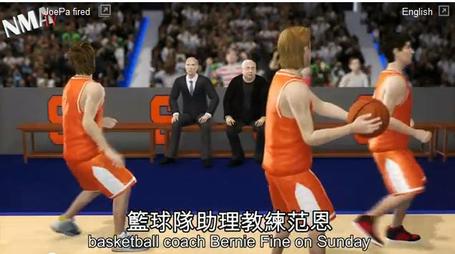 We all remember the Great Orange Throwing Incident that occurred in 2007. Dark times. 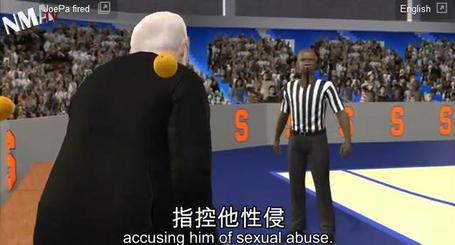 And you thought the details of the allegations were creepy on paper? How bout via animation? 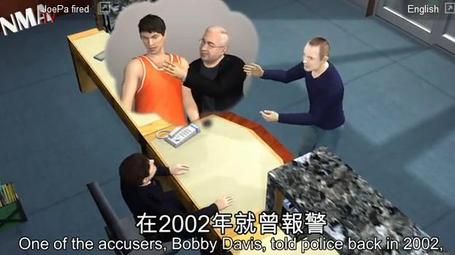 Same goes for the worst phone conversation you've ever read the transcript of... 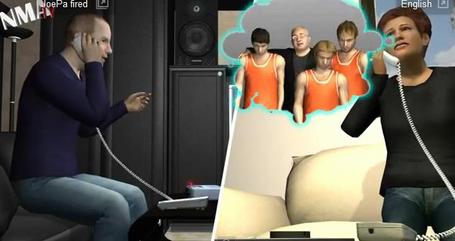 ESPN received the tape back in 2003 and then LITERALLY hid it under the rug. 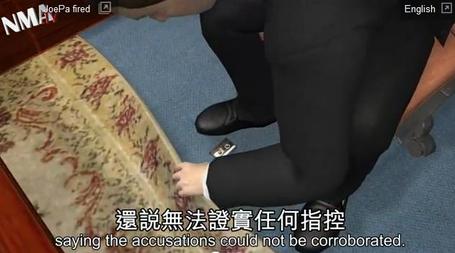 If I were him, I'd train monkeys to do that in my apartment, too. 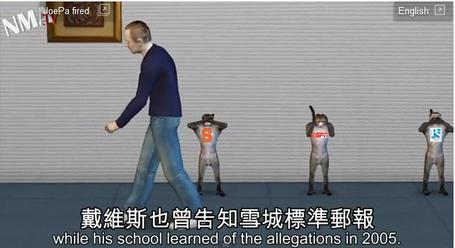 Joe Paterno lit the lightbulb of injustice from afar. Just like you always knew he would. 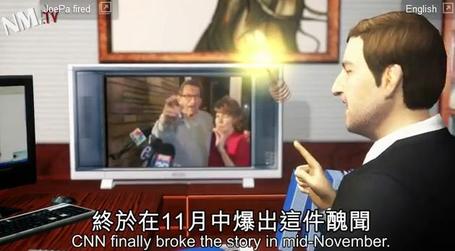 Good move by ESPN Guy to blow that dust off the tape. That's, like, eight years of dust build-up. 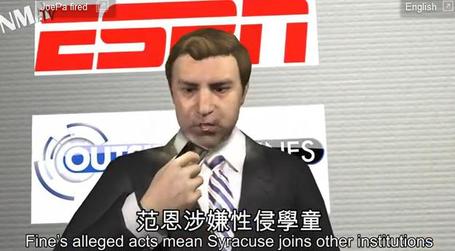 Bernie Fine's ultimate punishment? He has to go sit in a room and watch "The Accused" for all of eternity. 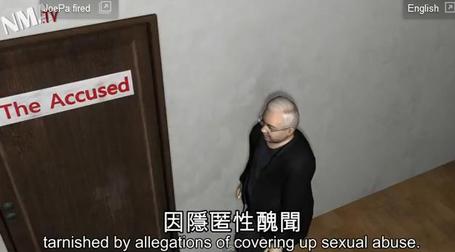 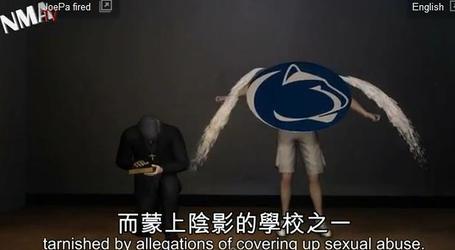 Who will be the next coach to fall? If you see a basketball coach on the sidelines, sweating profusely while biting his nails and wiping his head with a kitchen towel...it might just be him. 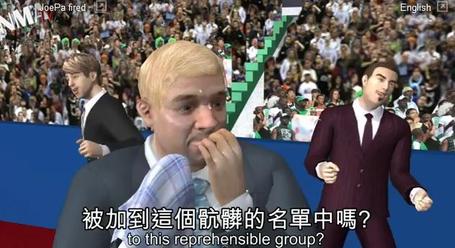