I shared my thoughts on the 37-34 victory by the Syracuse Orange over the Tulane Green Wave last night. What's everyone else talking about?

...Nevertheless, this is a squad at which Winston Churchill would shake his head.

...If you’ve got answers to all of that, perhaps you can take a crack at who killed Cock Robin.

Because you're wondering, get your Cock Robin fix here. Shame we don't have a player named Robin or he would have himself a new nickname.

You have to kinda feel good about the fact that Tulane felt the need to run so many trick plays against us. Then again, you kinda don't have to feel good about how well some of them worked. Coach Toledo had some sexy, sexy reasoning for the plays.

"One thing Syracuse’s defense does is run very hard to the ball," coach Bob Toledo said, "and we tried to jerk them a bit, get them running one way and then make them come back the other way. I thought we had a good plan."

How bout the Syracuse players and coaches, how do they feel about how things turned out?

Doug Marrone on the mentality of the team:

"It's what we've been pointing at. We want to get out front in the conference play and get a chance to get the first one. Try to play with a lead when you come to the conference rankings when you try and play down the road and compete for it in the end."

Ross Krautman, on accepting the Emmy for Best Game-Winning Kick This Week:

"It feels great when the game comes down to a game winning field goal. I have to thank the offense, defense, the snapper and the holder, because without them the ball doesn't go through the uprights."

Ryan Nassib on the team's struggles at time:

"That's how the game works sometimes. We just need to start doing a better job of executing on both sides of the ball. Last week the offense struggled, so we made it a point came out and do our job and do what we are capable of. As the quarterback of the offense that is really all I can handel. We just have to support the defense and keep their spirits up. They make plays, too, and they have won a lot of games for us. Sometimes it's just up to the stats."

Ryan Nassib on why you should buy a ticket for the West Virginia game:

"If you don't have any heart conditions, come on out, it's going to be fun. We play in a lot of situations that you dream of as a kid. Two minutes to go to win the game. Let's see what you got. We're a lot of fun to watch and we need all the support we can get."

Dorian Graham on his breakout game:

"We practice everything that we executed in the game. During the week that is what we planned for, execute these plays and tonight we did what we had to do...It feels great. It goes back to the saying `hard work pays off' and that is what came about for this game. I am glad to execute and help my team get a win."

There was a strong reaction from some of the players last night when they logged on to Twitter and saw what some Syracuse fans were saying: 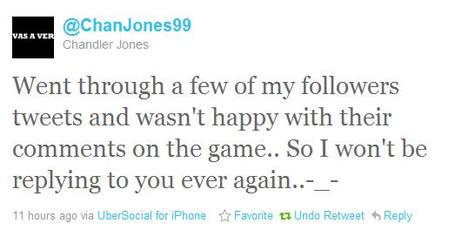 One of the great things about social media is that fans and players are more connected then ever. It's also one of the perils as well. I can totally understand their perspective, after battling all night and coming away with a win, putting the team in a great position to go to a bowl game and finish with a winning record for the second-straight season. I imagine it is pretty frustrating to do that and then see fans talking about how much the game sucked.

Not a judgement as I certainly voiced my opinion on both sides, just a head's up.

Finally, the announced attendance for the game was 23,188. WHERE DO YOU GET CAJONES BIG ENOUGH TO SAY THAT? Are we sure Tulane didn't just take the crowd from this EA Sports NCAA '12 highlight? Tulane would kill for a stadium 1/3 full like that.