Not That Syracuse vs. West Virginia Needed Any Further Ammo...

Share All sharing options for: Not That Syracuse vs. West Virginia Needed Any Further Ammo...

"Let's be honest, the reason TCU wants to be in this league so badly is that they think it's an easier path to the national championship than it is going through Norman, Okla., or Austin, Texas or Stillwater, Okla., and playing some of their regional schools out there," Luck said. "So we've got some quality schools that are very interested in getting involved, including both Air Force and Navy. It's no secret there. I think both of those institutions are academically excellent, very important nationally and also, I think we all can agree, they play some pretty good football.

"In fact, I would trade Air Force or Navy for Syracuse every day of the week in terms of the quality of the football program. No disrespect, but that's just an observation I think most would agree with who understand football." 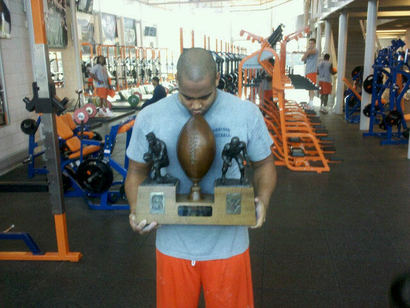