Operation Who Is This Guy: Terrified Syracuse Bro

Share All sharing options for: Operation Who Is This Guy: Terrified Syracuse Bro

Buzzfeed has a fantastic, highly-addictive collection of photos up called Scared Bros At A Haunted House. The photos come from Nightmare Fear Factory, a Niagara Falls haunted house that is surprisingly not the one I mention in my 'How To Grow An Orange' Niagara Falls story. I guess it's just the Haunted House Capital of the World or something.

You can peruse their entire catalog of People Being Terrified photos and it's a delight. However, there's one photo in particular that might catch your eye: 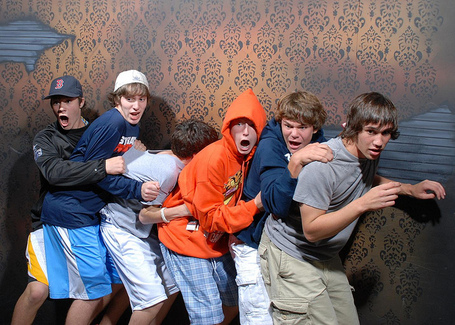 The second Terrified Bro from the left is definitely wearing a Syracuse Orange sweatshirt (with UNC shorts?). And as such, he deserves to be recognized for his terrified-ness. Anyone?

While you're trying to figure out who he is, take a gander at this photo below and tell me if that's not a Terrified Canadian Doug Marrone? 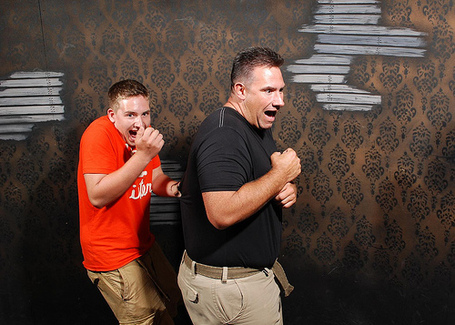 Why do I say he's a Canadian Doug Marrone? I don't really know but he just looks Canadian. Is that a terrible thing to say?