In recent years, we've had some of Syracuse's all-time greatest grace the Carrier Dome court.

I'm not talking about statistics or athletic ability or even memorable plays.

In 2010-11, we seemed to be without a great hair performer for the first time in years. We even saw the year get off to an auspicious start with the Brandon Triche head-mound debacle. Things did not look good.

Yet now, we might just be on the cusp of greatness. Not one but two Syracuse basketball players are embarking on great hair performances. It's time we stop and appreciate them. 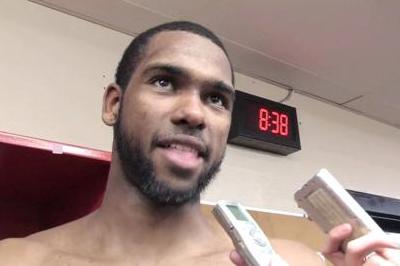 What began as a well-constructed, chiseled beard has given way to the free-wheelin', razor-hatin' face growth. It's unwieldy. It's layered. And I get the feeling it's just beginning.

By the Pitt game, I think we'll be right around here.

By the end of the season, we're probably going to be here.

After that, it's anyone's guess. All I know is, James Southerland has come alive in recent games. Some might be under the assumption that it has something to do with his work ethic and improved shooting percentage.

But we know better.

That brings us to Rick Jackson. Here's Rickles when the season began... 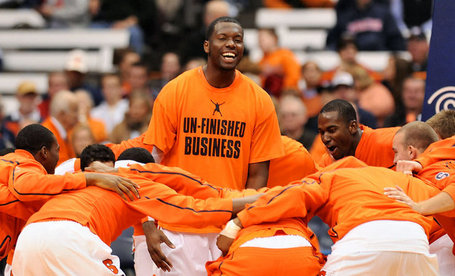 Aside from the weight difference, same old look for Jackson. Now here's Rick these days. 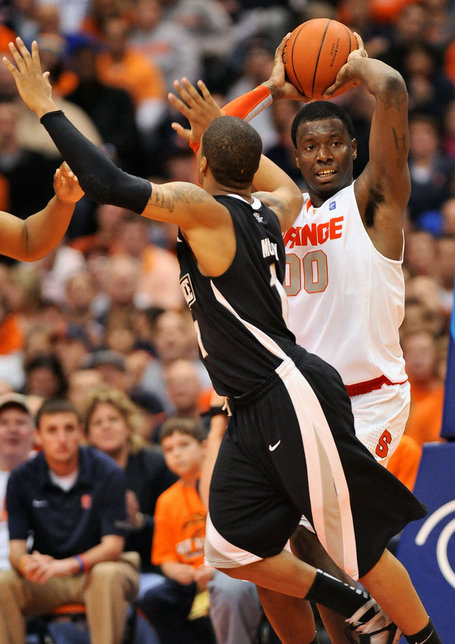 There's some serious helmeting going on here. Reminiscent of Samuel L. Jackson in The Negotiator. We're not there yet but if Rick keeps going, well then somebody's gonna have to GET ME CHRIS SABIAN!

Two Syracuse players. One's growing hair on his head. The other on his face. Both becoming great in the eyes of hairy Syracusians from the past.

We eagerly await where all this hair goes from here.