The Growing An Orange Contest - 9/28 Entries

Share All sharing options for: The Growing An Orange Contest - 9/28 Entries

Alright, it's getting down to crunch-time for photo submissions for the Growing An Orange contest. You have until the 30th to submit entries.

And now on to today's entries... 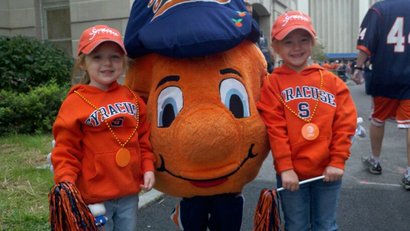 She's wearing a Syracuse sweatshirt, hat, necklace and has a pom-pom for four points.

Bonus three points for the guy in the SU jersey. Mostly because he's wearing it with shorts.

That's the Carrier Dome behind them, good for five points. 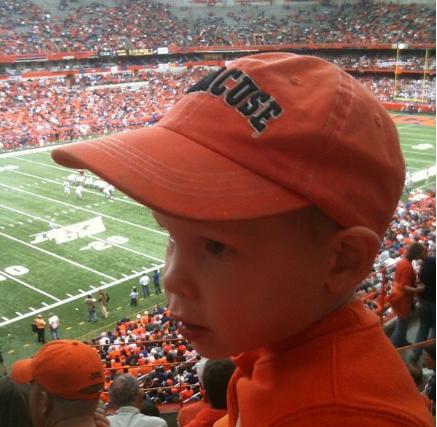 Clearly there are a lot of folks in Cuse gear, two points for that.

Amazingly, Lil Pinker is blocking the view of every Syracuse football player and coach on or off the field, so no points can be awarded. 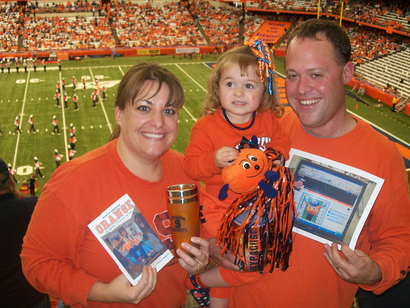 Where does one begin? Well, Loriana's got on an SU sweatshirt, SU sweatpants, orange nail polish, an orange & blue hair tie, Otto earrings, an SU tattoo (on her cheek), SU socks and a blue beaded necklace made to accompany her SU attire and she’s holding an SU pompom. That's nine points right there.

The SU mug and SU souvenir cup are good for two points as well..

She is pictured with two SU fans, who we hope are her parents. Two points.

Otto is in the picture, good for three points.

We're obviously in the Carrier Dome, which is good for seven points.

We finally have a "How to Grow an Orange" sighting, which is good for ten points.

The picture of TNIAAM on a computer screen, that kind of ingenuity is good for fifteen points.

Apparently contact was made with DOCTOR Daryl Gross for a photo op and it almost happened. I'll give a bonus five points for the effort. 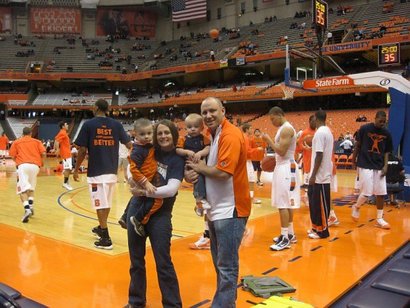 Matthew's got a Syracuse warm-up top and bottom for two ponts.

Mom and Dad are both Cuse-u so that's good for two points as well.

Obviously we're in the Dome, good for seven points. Bonus five points for actually being on the court.

The 2003 Banner is flying the background, that's good for three points.

Now, the player issue. In the official rules, I said that if you're photographed with a current or former player, that you'd score points for that. In the case of Floyd Little and DOC Gross, I said it couldn't be a background shot. But I didn't say that for the players. And so, I'm going to count them.  All of them.

And so, we have a new clubhouse leader. Blowing away the previous lead of 55 points...

It's going to take a lot to top that. I'd get on the horn with DOC Gross' office right now to set up that photo op at mid-court ASAP.