Where I Come From: Syracuse Tailgating Traditions...Or Lack Thereof

Share All sharing options for: Where I Come From: Syracuse Tailgating Traditions...Or Lack Thereof

This post is part of a week-long series sponsored by EA Sports NCAA Football 2011. 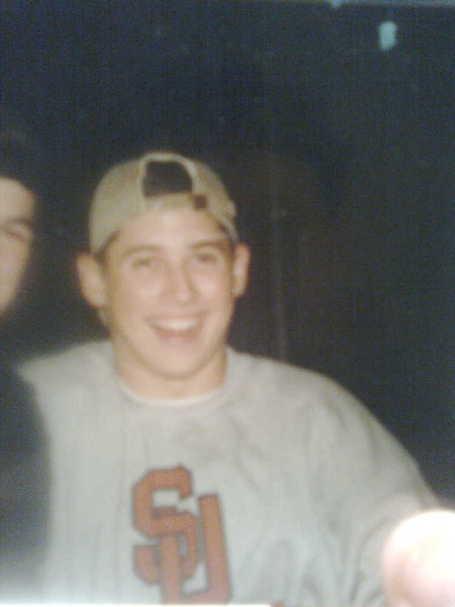 Look at this kid.  So young.  So spry.  So full of life.  There's a million memories ahead of him and the world rests at his fingertips.  He need only put his efforts towards the rightful, true things in life and there's nothing he cannot accomplish.  He might be a surgeon.  Or a captain of industry.  Or who knows, maybe even President.

We'll never know.  We'll never know if he could have been any of those things.  Because he never did focus his energies on the right and true things.  He didn't focus on his studies or the learnings at his fingertips.

He was too busy tailgating. 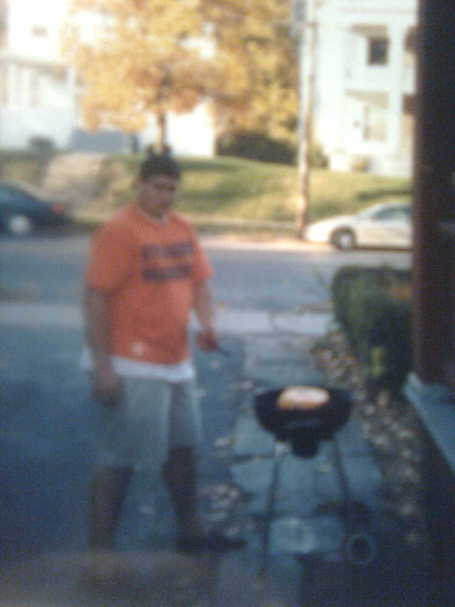 Sadly, if there's one thing Syracuse football lacks, besides recent victories, is quality tailgating.  We don't have a large designated area.  We don't have massive parking lots where tons of fans can gather.  Our students are spread out across multiple areas.

TexanMark, who is the supreme chancellor of Syracuse Tailgates,

The Syracuse tailgating scene is one of lots of small tailgates spread throughout the campus. This is due to the Carrier Dome being built in the middle of a cramped campus with little close by parking. If you are a visiting fan you can find tailgating/parking options in the University area but it will be mostly by private vendors.

And so, Syracuse students usually spend their time tailgating on the porches, decks and backyards of their apartments.  Everyone has a charcoal grill ready to go (so help me God if you grill with gas...).  Everyone's got a fridge stocked full of Meister Brau.  Everyone's got the funnel and beer pong table handy.

Sure, the hamburgers, hot dogs and brats are standard.  But it's the accouterments that make the difference between a tailgate that kills the mood and a tailgate that lifts you up as you prepare for war...or at least watching someone else fight that war in the same colors you're wearing. The onion dips, the salsa, the spicy brown (none of this yellow nonsense) mustard.  At the very least, any SU fan worth their orange is placing their chips in Juli Boeheim's Orange's Cheese and Ranch Dip.

What I always loved most about the tailgate was the walk.  My senior year, I lived on the 500 block of Euclid and when we finally decided to make the trek from there to the Dome, it was a walk of honor.  We were surrounded by a sea of orange, high-fiving strangers and starting impromptu cheers all the way there.  The crowd grew with every block we walked, until we reached the quad and the sea became an ocean.

An official tailgating zone might be nice at SU but in the meantime we've learned to made due.  There are plenty of fans making the effort in the parking lots and plenty more grilling and cheering and dressing up on their front lawns until the opening kickoff.

But that's just me.  What about you?  What was/is your pregame ritual for Syracuse games?  And what do you wish we could do differently?