In the process of moving stuff to storage I found an old Syracuse song book that I was given my freshman year. It is a re-production from the 50's/60's of a 1926 song book that was produced by the Women's Student Government Association.

Here is a picture of the cover; 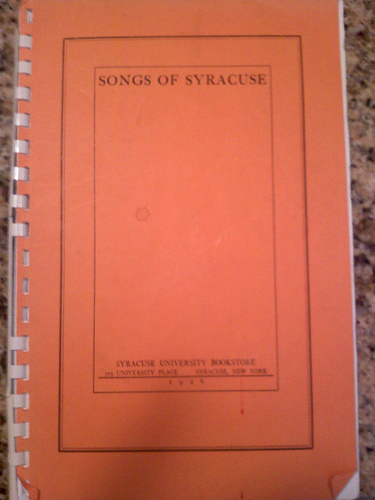 Here's a picture of the Table of Contents; 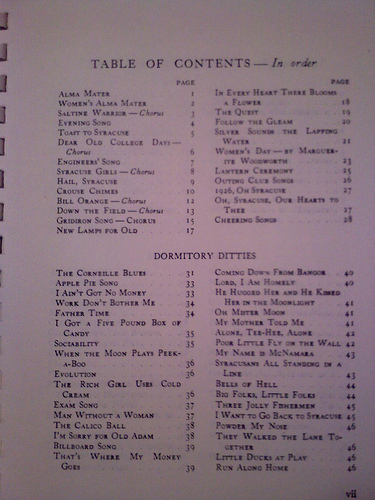 The songs you would expect in the book are;

-Women's Alma Mater (who knew they had their own version)

Some of my favorites from the "Dormitory Ditties" section are;

-Man Without a Woman

-That's Where My Money Goes

-Lord I Am Homely

-I Want to go Back to Syracuse

And in a bit of foreshadowing from 1926 there is a song called My Name is McNamara.