An entry from Kelley N. Shepard. Last month, when the contest was announced, Kelley promised some holy grail-type memorabilia, but it would just take a little time to have access to his items. Well, here they are, along with his original comments below:

I have the Framed headlines from just about all of the SU Games in 1959-1960…. ALL WINS!!!… We lived next to a coach on the team, Bill Bell, in Fayetteville, and he made it for my Father… Yellowed Headlines of all the Games up to and including the Texas Game…"SU Gridders say Texas was ‘Really Dirty’…."

All the headlines, framed: 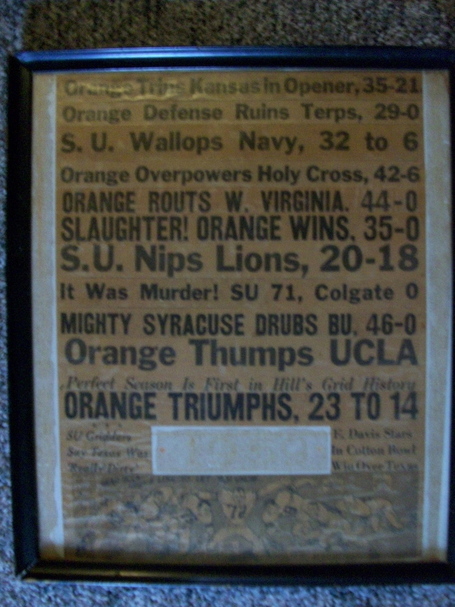 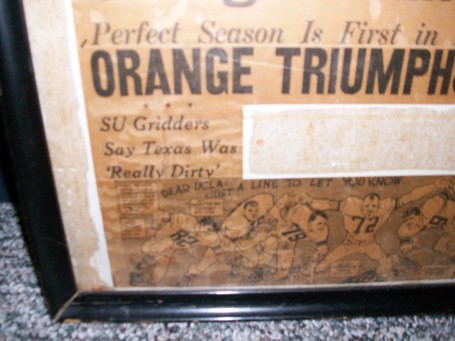 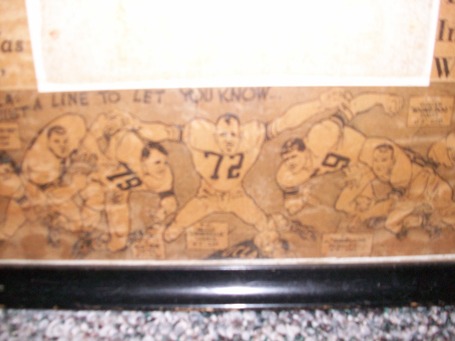 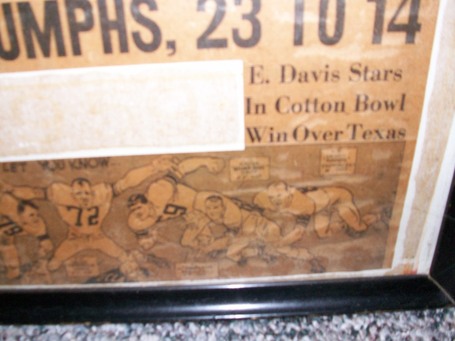 I also have plaque that commemorates the 1996 NCAA Basketball Championship Winning Team….. THE SU ORANGEMEN!!!…. I worked at an un-named Home Shopping Channel at the time of the game, and they had plaques made up for all 4 Final Four Teams… and would take the winning Team’s plaque On-Air to sell… and throw the other 3 plaques away… Except they only succeeded in throwing away 2, because a Lifetime, Die-Hard SU Fan stole the SU plaque from the garbage can, and smuggled it home…. It has been one of my Most Prized Possessions since…

1996 SU National Championship Plaque (if only it were so) 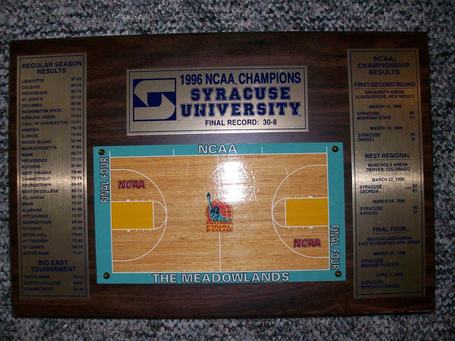 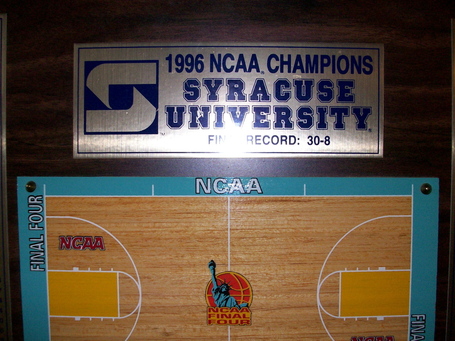