We're Officially Changing The Name To The Syracuse Nassibs

Share All sharing options for: We're Officially Changing The Name To The Syracuse Nassibs

Ryan Nassib vs. Ridiculously Good Looking Charley Loeb.  It's a tough fight.  There's only so much Nassib to go around. RGLCL is powerful and is very persuasive.  So is his hair.

You know what this battle needs?  More Nassib.

YOU WANT SOME MORE NASSIB?  COME GET SOME.

4 Seniors from this year's Inter-Ac Championship team will continue their playing careers in college next season.

This news is from way back in April so I think we can assume Nassib The Younger is a walk-on.  He was named Special Mention to the All-Inter-AC League Football Team and he's went to France to play in the Global Football Bowl.

Heed the warning, RGLCL.  The Nassibening is coming.  You should be ready.  You and Zooey Deschanel. 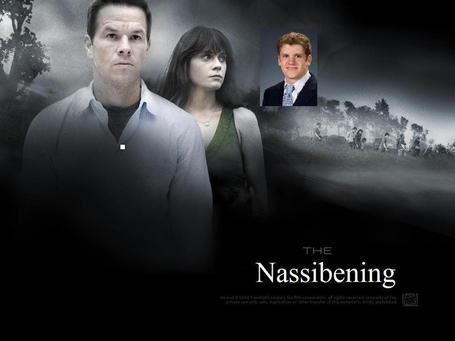