Syracuse fans (and only Syracuse fans) have been waiting patiently to hear if somebody, anybody would take a flyer on Greg Paulus this summer.  The smart money seemed to be on the Packers who had shown a lot of interest in Greggy before and during this season.

The other possibility?  The New Orleans Saints, whom took Greg in for a few days back in June 2009.  There's also the matter of Doug Marrone previously working with Sean Payton in New Orleans and being on pretty good terms.

Looks like that might be the case as Chandler Jones mentioned in passing today that Paulus is currently preparing for a workout with the Saints.  No official word on it yet but it makes sense.  Doug Marrone's blessing carries weight with Payton and if Dougers thinks Greg is worth a tryout, Payton is gonna give him a chance.

And of course, if this doesn't work out, my master plan is still in effect.  Greg Paulus...Florida Tusker.  Either/or the Saints or Tuskers is fine by me. 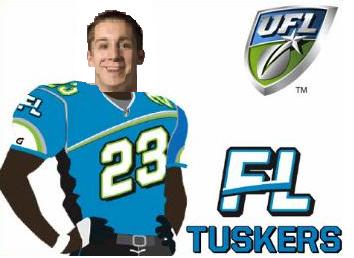