SYRACUSE GAMES - THE WEEK AHEAD

It's been a Jekyll & Hyde type season for the Bearcats.  They'll play Pitt tough and beat UConn only go out and lose to St. John's a few days later. They got crushed by Notre Dame last night after beating Providence earlier in the week, so that trend is ongoing.  The Orange SHOULD have no problem here...but then again...DePaul.

MookpocalypseWatch -Low.  If the Big East has given us any lessons so far this season, it's to not take anything for granted on the road.  Not to mention the fact that Mookie hasn't played in the last five SU games.  Something tells me Boeheim has shrunken his pool of resources.

If This Game Were A Moment From Jersey Shore, It Would Be... "I’m going to Headliners, I’m looking to have more of a classy night tonight."  I'd like to see the Orange come out on the road and put away a team that they should put away.  I'd like to see a classy effort out of them.

Gametime Beverage of Choice - Cincinnati Cocktail - Combine 1/2 pint of your favorite microbrew with 1/2 pint of soda water. Serve in a pint glass. Sounds awful, but, hey, when in Cincinnati...

Movie/TV Show To Watch Afterward If We Win - Super Bowl - The pageantry.  The passion.  The commercials!

Movie/TV Show To Watch Afterward If We Lose - Super Bowl - As if there's other options?

How quickly the mighty fall.  Everyone's so pumped for the Villanova game that we're forgetting we have to play UConn at home first.  The Huskies are in the middle of their worst season in a long time...but they're still UConn.  And it's the first meeting since SixOvertimes.com, so, you can imagine they're still displeased.

MookpocalypseWatch - Low.  Short of a 30-point blowout, and I don't see that happening, Mookie's watching this one just like the rest of us.

If This Game Were A Moment From Jersey Shore, It Would Be..."I feel this job is beneath me. I'm a bartender. I do great things." for Jim Calhoun.  I don't doubt that the man is going through some serious health issues.  It's just that, well, you can't help but think the timing is a little weird, no?  He just so happens to take a leave of absence just as the program slips into it's worst slump in 20 years?

Gametime Snack of Choice - Hofmann Sausage Sub - The Dome Dog gets all the love in the Carrier Dome but make sure you save some for the Sausage Sub.  Keeps your intestines on their toes.  Well, on their intestinal walls, would be more apt.

Movie/TV Show To Watch Afterward If We Lose - The six overtime win from last year.  We'll always have that.

THIS WEEK IN SYRACUSE HISTORY

WEIRD OLD-TIMEY OPPONENT THAT USED TO BE ON OUR SCHEDULE

Williston Seminary.  The Orange had a pickle of a time with the Seminary in 1904, losing 26-12.  Making the story slightly more awkward is the fact that, today, Williston is a high school.

Probably should have saved last week's alum, Vera Farmiga, for this week.  She got the Oscar nom, so, nice work Vera.  Taye Diggs, you're on the clock!

WHERE ARE THEY NOW?

Everything is still coming up Matt Gorman in England these days.  His Sheffield Sharks won the BBL Cup a couple weeks ago.  The Sharks are 18-4 on the season in first place.  It's good to be Matt Gorman.

Perfectly in reason.  What do you think REALLY happens when they pump you full of drugs and put you to sleep? 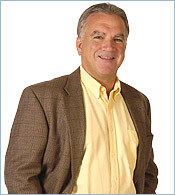 (Wherein we cull Bud Poliquin's latest opus to find the metaphor that most beguiles, befuddles and bewilders...)

Discussing the West Virginia fan fracas and how to handle it.

Now, Buford Pusser, I’m not. But there should be no beseeching of those cretins in the seats and no acceptance of the obscene way in which they express their views of foes and referees and what-not.

POPULAR VIRAL VIDEO THAT I WILL RELATE SOMEHOW TO SYRACUSE SPORTS

Here, in one brief video, is how opponents (the camera operator) went into the season treating Syracuse (the tabby) and, in turn, how Syracuse treated them.

Two things to look for before you watch the trailer for The Ghost Writer.  No. 1, how many times does someone say "ghost," "writer," or "ghost writer."  No. 2, determine whether or not Kim Cattrall is attempting an English accent, because it's hard to say.

Why is Cattrall doing an English accent?  Why didn't they go with one of the many available English actresses?  Clearly they had access to British people.  Was there seriously someone who said "Dammit, I don't care what she sounds like, if we don't get Kim Cattrall in this movie we're screwed!" I don't get it.

Franco: I'm going to Las Vagas for the first time to participate in a rugby tournament in a couple of weeks. What's something I should definitely do while I'm there?

Sweet Salazar!  The mother of all questions.  I mean, where does one begin?  How does one properly prepare for their first trip to Vegas?

I'm sure there are craftier veterans out there than me who can provide immaculate details on who to talk to and what to hand the bouncer at Pure to get in.  All I can give you are some simple does and don'ts.

First, I don't know where you're staying but let's assume you're on The Strip.  Good start.  There is the Fremont Street area, what with it's Golden Nuggets and such, but you don't need to worry about that.  That's for old people.  You want to be on The Strip.  Specifically, you want to hover in the area between The MGM Grand and The Venetian.  Heading in either direction beyond that will only slow you down.

Now, there are a few off-Strip sites you need to be aware of and consider.  The Hard Rock Casino is a cab ride (or long walk) from The Strip and provides a solid bar to kick off the evening with.  The Palms, definitely a cab ride from The Strip, provides a "talented" scene at most hours and might be a good spot for end of the even festivities.

Want to do a little sports gambling?  Mandalay Bay might be worth the hike.  Though I haven't been, tons of people rave about The Wynn.  Keep some singles or chips handy to tip the waitresses.  Also, look for the odds on SU to win the title and make a bet.  Probably not great odds at this point but, you'll be doing your civic duty.

Looking for good food?  Honestly, it's fairly impossible not to find good food in most spots.  If you've got a little scratch handy, check out the restaurants in Caesar's, The Venetian or MGM Grand.

Casinos to avoid:  Circus Circus, Excalibur, Stratosphere, Treasure Island.  Unless you like hanging out with Midwestern families of seven.

Cheap craps: Bill's is a divey little casino in the middle of everything and most times of the time you can play just about any game you want for a couple bucks.  Be forewarned, this is no secret.  The place will be packed.  Beer pong tourneys in the back as well.

Clubs: Honestly, and this is just me, anytime I've spent my evening trying to get into a club, it's ended poorly.  Stand on line for an hour, get treated like crap from the bouncer, pay a cover charge, find a corner to stand in, order $9 drinks and wonder what the hell we're doing here.  The best nights are usually getting folks together and taking over a restaurant or casino bar.  But then again, that's just me...

Extracurricular activities: There are, um, plenty.  Do your research. Me?  Never been to one.  Nope. Never.  Don't know what you're talking about.

Don't be that guy: ...taking a photo of the fake Eiffel Tower at the Paris Casino.  It's not actually the Eiffel Tower.  There's no reason for you to take a photo of it. What are you going to do with that?  In your mind, do you not have to go to Paris now because you've basically seen a fake version of the Eiffel Tower and that's good enough? You're a weirdo.

Oh, and...:  The name of the shuttle that runs up and down The Strip all night is The Deuce.  Have fun with that.