CuseConfidential.com - Orange outlast Hoyas
The rivalry between Syracuse and Georgetown has featured dozens of games that have gone back and forth, seven that went to overtime and a handful of blowouts. Then there was the one played Thursday night, which stands in a class by itself.

Sully's Court: 'Cuse proves itself again - The Boston Globe College Sports Blog - Boston.com
Here's the message: Syracuse is good enough to repel a outstanding comeback by a good team and there's no question it can win it all; Georgetown can't be trusted to play well consistently.

In battle of attrition, Syracuse outlasts Georgetown - Joe Lemire - SI.com
"This whole season I've felt like I'm a mismatch for guys who are 4's or 5's guarding me -- I feel like I can take them off the dribble," said Joseph, noting those same jeering fans all wore sad and droopy faces after his basket and adding with a smile, "I probably have a few texts from some of them right now."

SB Nation's College Hoops Power 16: Remember That Guy? - SB Nation
The Orange clock in at No. 3 and we remember Preston Shumpert.

An in-depth look at college basketball's player of the year race
Johnson was cruising along at the top for a while, but a rough fall coupled with Evan Turner's emergence really set him back. He will need to close the season with a vengeance to even have a chance at catching Turner and Wall at this point. Although a Syracuse Big East regular season title wouldn't hurt. 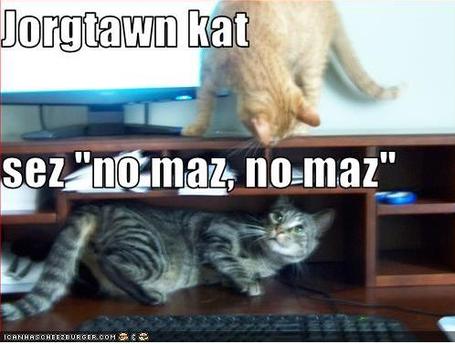