Share All sharing options for: Introducing The Syracuse Grays!

We got a look at the new Syracuse basketball uniforms this week.  We had an idea that was coming.  But I bet you didn't realize that new SU football uniforms were coming as well...BEHOLD! 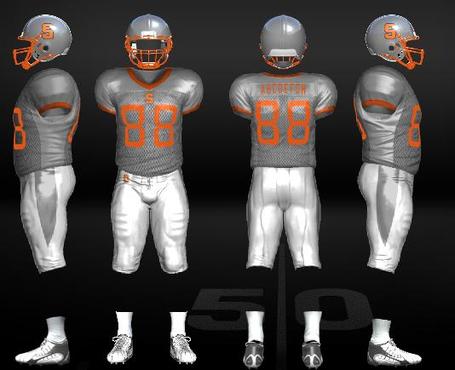 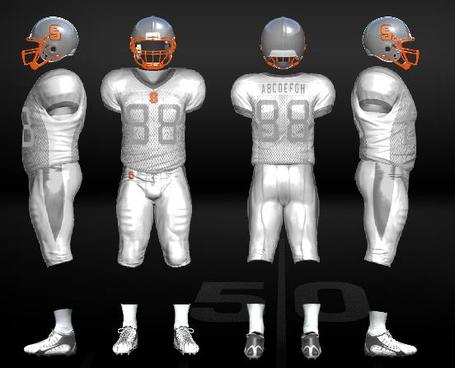 Honestly, I love it.  I think it really captures what we're trying to do.  Gray, gray and more gray.  When they wrote the Syracuse Fight Song and said "Out upon the gridiron stand old Syracuse, Warriors clad in orange and in blue, Fighting for the fame of Alma Mater," I think what they were really trying to say is "More gray, obviously."  We have finally granted them that wish.  Huzzah!  Huzzah!