Share All sharing options for: Syracuse Defeats Northern Iowa: Photos Of The Night

I know Danny Parkins isn't a big fan of the Chipotle Curse. Mostly because he's a big fan of Chipotle. So I'm sure he took great pleasure in posting this photo from inside the Syracuse locker room tonight. 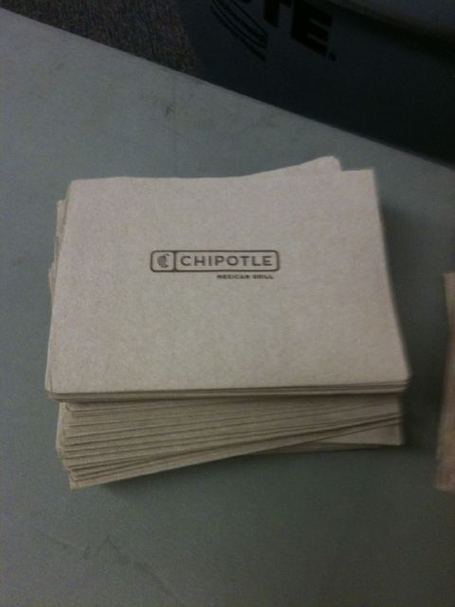 It's been a really long time since we've had a running Homoerotic Photo theme running though Syracuse basketball. My hope is that Scoop is about to unleash a new era of homoeroticism on us. We should all be so lucky. 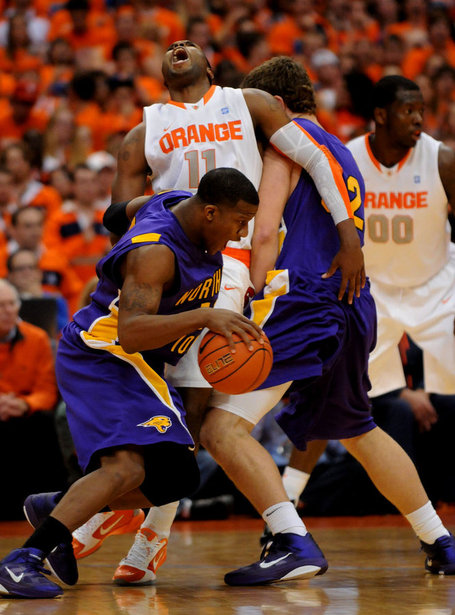 Fab Melo met Tim Higgins tonight and the two hit it off swimmingly, which is to say Higgins was a jackass and Fab Melo is beginning to understand a little bit about the shady business of college basketball.

He's already got his WTF face down pat for all future Higgins (and Jim Burr) calls: 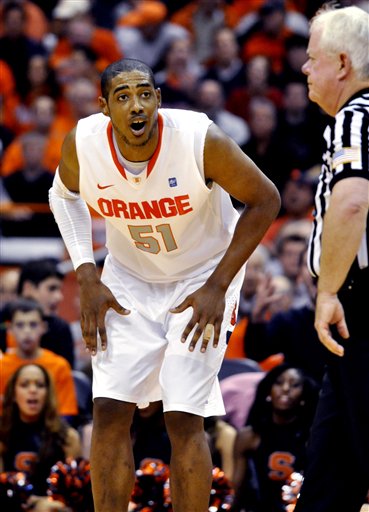 Finally, the Syracuse student section did what it always does for basketball...a great job. Why this can't happen for football, I'm not sure. But kudos to Otto's Army for organizing and kudos to the students for killin' it all night. Except for this guy... 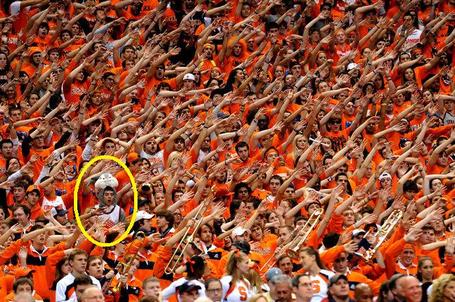