Looking into the future isn't to be done willy-nilly. I have agents at my disposal that can peer into the ever-more when I ask them to, but I don't like to do it often.

I've already seen what happens when you mess with time. An ill-fated trip back to 1959 to save Ernie Davis inadvertently set in motion a series of events that led to Greg Robinson eventually taking over at head football coach at Syracuse in 2005. In the original timeline, Syracuse would have currently been working on its fifth-straight National Title and had just solidified plans to go independent and start its own TV network partnership with Manchester United and the New Zealand All-Blacks. So, that was totally my bad. Lesson learned.

Today, I couldn't help myself. While Skip Holtz doesn't want to talk about the fact that he was Syracuse's No. 1 choice to replace Robinson two years ago, its a topic worth discussing. And of course, it's a topic worth wondering about. What if Skip Holtz took the Syracuse job? What if he, not Doug Marrone, was the current head football coach?

I asked my agents to peer into the future and tell me what they saw. They flashed-forward to the year 2015 and what awaited them was a world so foreign, so disturbing and so shocking that I an remiss to share the images they brought back. I feel as though it is my duty, however. You must see these images so that you understand what could have been and just how close we came to unmitigated disaster. If this is the fate that awaits the University of South Florida, may God have mercy of their souls...

In Doug We Trust. 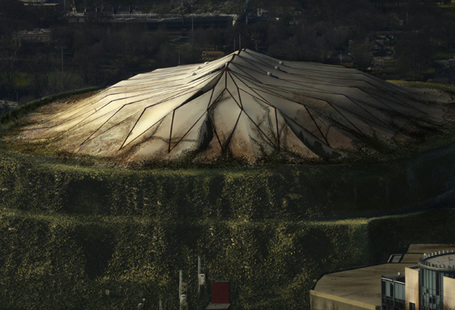 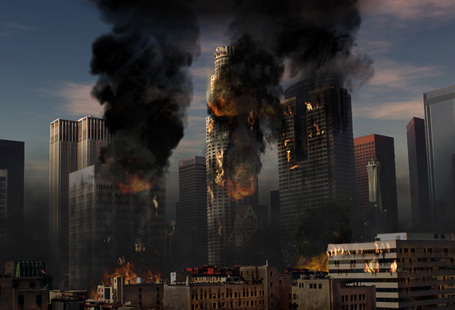 The Syracuse University Quad circa 2015 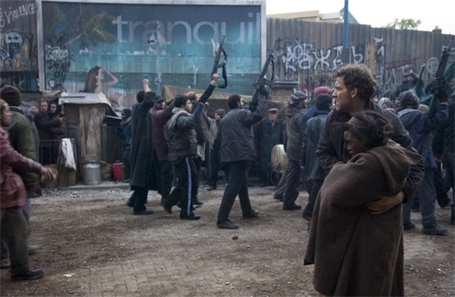 At least Clive Owen is there. That's kinda cool.