Like grizzled, veteran cops only five days from retirement thrust into the crime caper of a lifetime, Wes Johnson and Andy Rautins will be back together on the court today. This time, however, they will be not be friends, but foes.

The T'Wolves and the Knicks are meeting tonight in Paris for an international showdown. Oh la la.

Both teams had nice starts to their European vacations. The Timberwolves beat up on the Lakers in London, with Wes Johnson scoring nine points in twenty minutes of action. Meantime the Knicks beat something called Armani Jeans Milano, though Andy didn't see any PT.

It's not all business, though. Andy's taking in the sights. And of course, a fashionista like Andy Rautins is going to make the most of his time in Paris for sure. 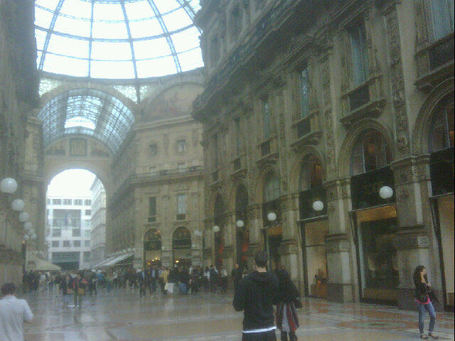