It's Hard To Let Go Of The Past

Share All sharing options for: It's Hard To Let Go Of The Past

Only two coaches survived the purge when Doug Marrone took over, LB coach Dan Conley and D-line coach Derrick Jackson.  Jackson's unit is considered among the strongest on the team and his familairity with the players was a key to helping develop them in the off-season.

But how is Jackson himself developing?  Hand-picked by Greg Robinson to be his co-defensive coordinator last season, Jackson surely picked up a few of Robinson's traits (through osmosis, natch).  Unfortunately, some, if not most, if not all of those things he picked up were not for the best.  One in particular, clearly still lingers...

"What has me excited about the group is there are a lot of guys who haven't really had to be the guy at a position yet, but they've all flashed at different times and shown they have the ability to make plays, have the ability to be disruptive," Jackson said. 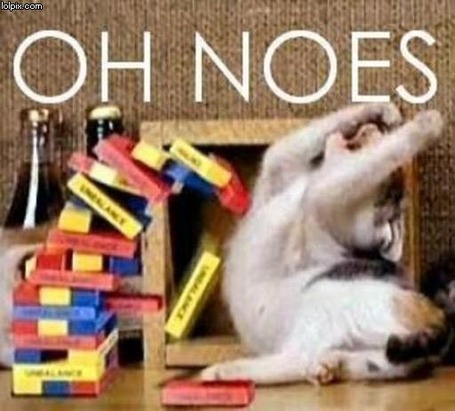 But, to be fair, Jackson is not above opening his mind to take in new and better ways of communicating.

It's a process, folks.  And Derrick Jackson continues to deal with it on a daily basis.  I'd say time will tell, but, that's what you-know-who used to say, so...