The Quest For Toronto: Week Three

Share All sharing options for: The Quest For Toronto: Week Three Last week The Quest was beginning to show it's usual early-season signs of flailing.  We were right on schedule to end our noble search for bowl riches north of the border by Week Seven, as we've done the last couple years.  But a funny thing happened on the way to the Big East basement...WE WON!  And we've still got Maine and Akron ahead of us!  And the Big East looks more vulnerable every day!

Folks, I know one win does not bowl eligibility make, but this thing suddenly looks do-able again. 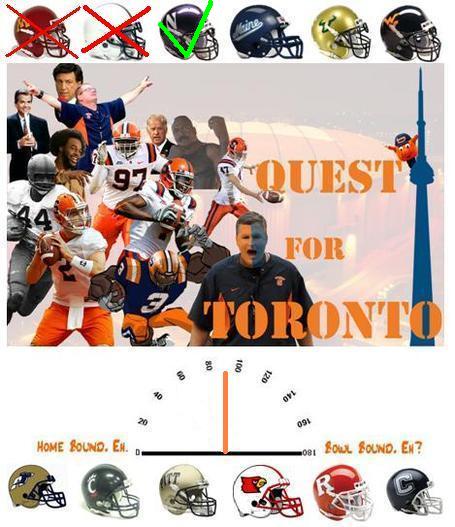 Think about it.  We've got to win five of the next nine games in order to go bowling, right?