The Quest For Toronto: Week Two

Share All sharing options for: The Quest For Toronto: Week Two Again, the Quest-O-Meter doesn't move back too far despite the loss.  Considering Syracuse fans expected this one to end up in the loss column, we can't penalize them too much. 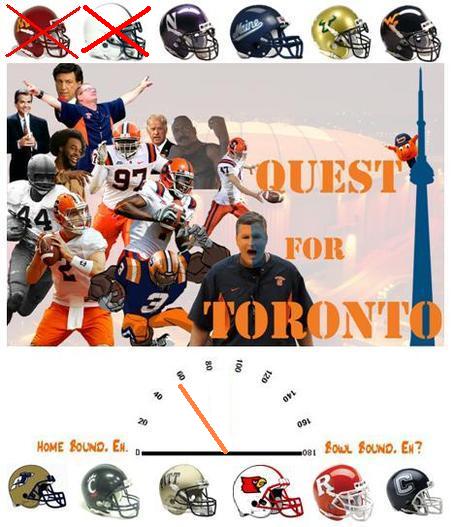 This week's game against Northwestern could have significant impact on the O-Meter.  If the Orange lose, an 0-3 start is almost insurmountable if they expect to dancing in Toronto in January.  The Orange would have to go 6-3 from there-on out and that's a lot to ask.  But if they win...whole new ballgame.  A 1-2 team going into Maine could hit th reset button quickly on the season and their bowl chances.