Doug Marrone Is In A Glass Case Of Emotion

Share All sharing options for: Doug Marrone Is In A Glass Case Of Emotion 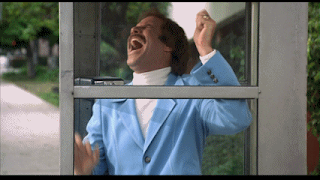 These are heady times for HCDM.  So much going on, so many new experiences.  You can imagine that Doug's all over the place emotionally and mentally.  It's probably not a surprise then that paranoia has begun to settle in. Doug will be bringing back the time-honored tradition of closing up practices to the public and media. The curtains are going back up.

Except for Orange Fan Day, you won't be able to see what the Orange are working on and how they're doing it.  Call it an overreaction if you like, Doug Marrone cares not for your opinion.

People say, am I paranoid about game-planning and what to do? I'm not going to lie to you. Yes, I am. I really am.

You have to understand though, Doug really walked into a poopstorm here.  Not that it's too surprising given everything we know about The Greg Robinson Era but, according to Donnie, the previous staff didn't even test the strength and conditioning of players in the off-season.  What the hell were they doing, just going on Greg's gut instinct? (Actually, don't answer that). Marrone has obviously remedied that and when he talks about it, he swings to the other side of the pendulum, unable to contain his giddiness.

After this summer. I'm excited about a lot of our players...Obviously, we're stronger, we're in better condition, and it's great for me as a coach.

Finally, if there's one thing I will miss about Greggers, it was the catchphrases.  Greg was a comedy goldmine, especially this time of year.  Dougles?  He actually talks like a human being so...not as much.  But there is one thing I think we can all count on with HCDM.  One very...tremendous...catchphrase.

But I would say they did a tremendous job this off-season...

They've done a tremendous job for us to this point...