Doug Marrone Working His Way Up To "Flattering Photo" Status

Share All sharing options for: Doug Marrone Working His Way Up To "Flattering Photo" Status

Couple weeks back someone passed on word that the billboards promoting the upcoming Syracuse football season were up and the Doug Marrone image used was...less than flattering.  I asked if anyone could send along a photo and none of you did (you know where you can shove it).  Thankfully, tipster Benny J. sent over some photos of the schedule poster that has also been making the rounds and is practically identical to the billboards. 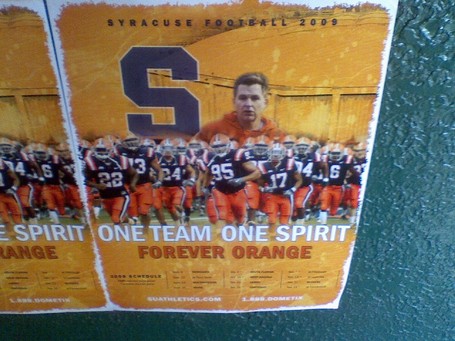 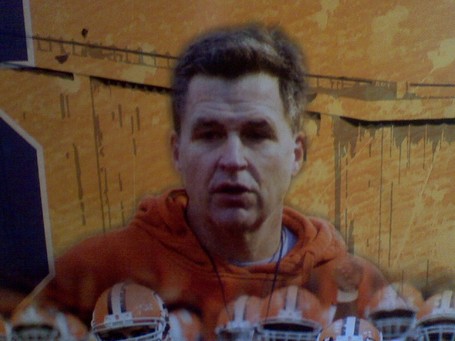 Poor Doug looks like he's Darkman and he just realized his synthetic skin is melting. As Benny puts it (via Seinfeld), he looks like an old catcher's mitt.  So many great photos of Doug out there that make him look vibrant, excited and under the age of 74. Like this one or this one or this one or even this one.  My only guess is that DOCTOR Gross has instilled a years-of-service photo usage system whereby, depending on how long you've been with Syracuse in a coaching capacity, the better the photo used to represent you in public.  I mean, what other reason could there be?

But I also wanted to note one other thing.  What's going on with the blue Block S usage lately?  We saw this already over on Victoria's Secret's site with the Syracuse line and now it shows up on the promotional materials for the upcoming SU season.  Am I just selectively noticing this or are we in the midst of some kind of change to the Syracuse Blues and no one told us?  Did market research say they like blue better than orange in New York City?  I don't like it.  I don't like it one bit.