Not sure if this will be an ongoing series or just a one-off...guess it just depends how many photos I can get my hands on.  Well...eyeballs on...it's on the Internet, dummy.

Jim from FingerLakes1.com checked in and let me know that our good friend Kenny Haas recently attended his 20-year high school reunion.  As you can imagine, he was the star attraction: 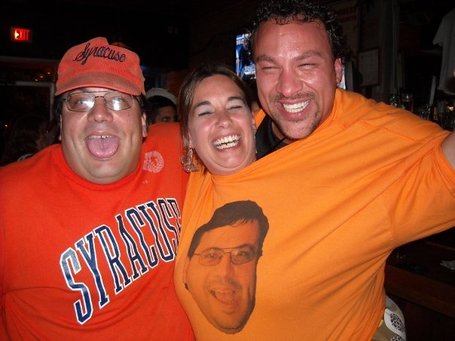 Of course Kenny wore a Cuse shirt.  You expect anything less?  No word on when K2P starts up again but hopefully soon.  The world is a better place when Kenny is sharing his Pennies.

Next up, a shot of Don McPherson from last week's College Football Hall of Fame enshrinement. As the week went on it occurred to me that Donny get extremely shafted and overshadowed in the national coverage.  Shame, considering not only how good he was (almost, and some say should have, won the Heisman) at Cuse but how important his work has been since retiring. (AP Photo/Joe Raymond) 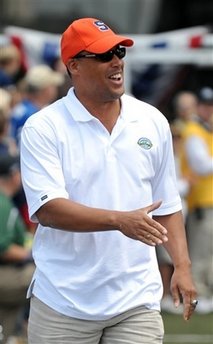 Finally, I came across this photo the other day while looking for photos of Sweaty Doug Marrone and, quite frankly, I don't know how it escaped my sight for so long.  The baby fat.  The 80's hair. The Carl Banks' neck guard. The 'stache.  It's pretty much the greatest photo ever. (Photo: Al Campanie/Syracuse.com) 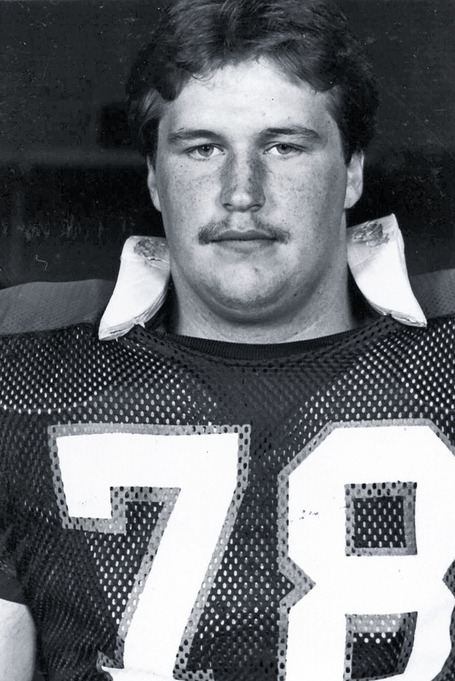