If we know anything about HCDM, it's that he does his best work while perspiring. And if you're going to properly understand the way his cagey mind works, you need to be to read him the way you would read a wild dog that's slowly advancing on you.  The position of the tail and the ears says a lot about the mind-frame of the dog and the same applies to Doug.  In his case though, instead of a taut tail, it's drippy sweat beads.

It's smart to be able to tell the signs and know what stage he's at...or about to be at. 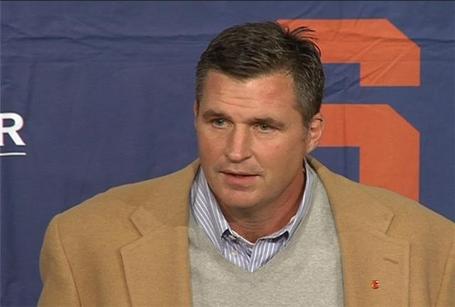 There's no sweat to speak of. But given that Doug is wearing not one, not two but three layers and he's under the hot lights of a press conference and Donnie Webb is grilling him...it's only a matter of time.  Learn to see the sweat before it trickles. 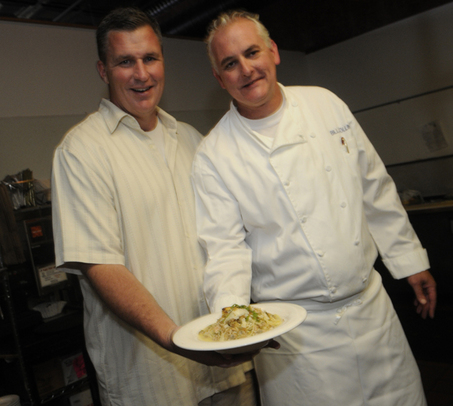 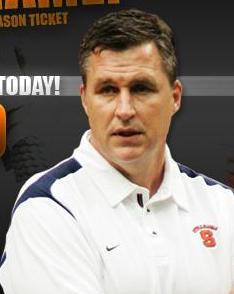 Doug Marrone is annoyed.  And when that happens, little sweaty synapses fire in his brain.  Thus begins the process of The Sweatening.  Notice the gleam off his right temple...it's already begun.  You've only minutes, maybe seconds at this point to find shelter.  Know where your exits are at all times and stay low to the ground. 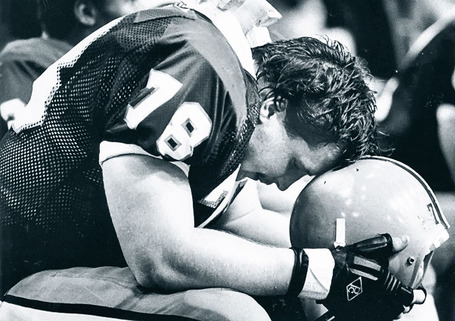 This one was a classic from Doug's playing days.  Note the matted hair, the exasperated demeanor.  When Doug finally left after sitting there for an hour, the Carrier Dome crew had to spend half a day draining the turf.  They've since "Marrone-proofed" it so that the sweat wicks off the surface.  Necessity is the mother of invention.  So is sweat. 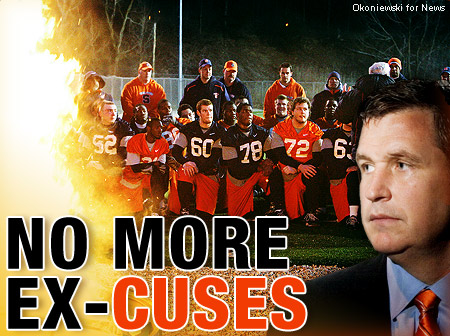 Fire: The untamed element. Oldest of man's mysteries. Giver of warmth, destroyer of forests. Right now, this head coach is on fire!