I know, it's dangerous to bring up the word osmosis around here.  But, like that great orator would say...what is, is.

Greg Paulus was in New Orleans last week.  No, he wasn't just scratching that itch for a good shrimp po'boy, though we wouldn't blame him if that was why.  He was in town to obverve a bunch of New Orleans Saints' off-season OTAs (official team activities).  Yes, the same New Orleans Saints that employed Doug Marrone for the past couple seasons.  And yes, the New Orleans Saints who feature Pro Bowl quarterback Drew Brees whom worked ever-so-closely with Marrone in that time.

But if you think Doug Marrone had ANYTHING to do with this circumstantial chain of events, why, you'd be as mad as a hatter.

"Down in New Orleans, true," said Marrone. "Watching the Saints practice, true. Working out with Drew Brees, false. That would be against NCAA rules."

"We can't pay for Greg," Marrone said. "We can't coach him. We can't watch him throw. We can't do anything. And we haven't. But if he wants to go down to New Orleans, at his own expense, and watch the Saints practice and watch Brees throw, why not?

"They run a lot of the same stuff we're going to use. He just went there, and stayed with a buddy of his, to get a different perspective. I think it was a good idea."

Doug Marrone has read the NCAA handbook.  Consider that confirmed.

Certainly it can't hurt for Paulus get an up-close-and-personal view of Brees, who is almost the same height as Greg.  Hopefully Drew's ability to make plays and his accurate passing will run off on Greg.  Hopefully, one thing in particular does not rub off on him... 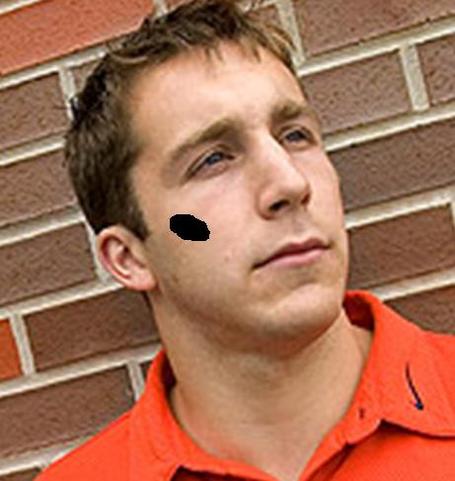