Received an e-mail today from Matt:

A friend of mine is having an event at NYC club Kiss & Fly, so I went to their website to check it out.  Once you get through a bunch of annoying stuff, their flash player pops up an ad for "A Special Birthday Extravaganza" and DJ performance by Rony Seikaly on May 7th.  And yes, I think it's that Rony Seikaly.

To be frank, I can't tell if this is *actually* Rony Seikaly, or just some guy who is stealing his name, but evidence points to the real McCoy.  First, Wikipedia reports that Rony's birthday is May 10th, so the timeline seems to match up.  And then my google skills led me to this ad, which I think seals it up.

Either way... Wow?  Or do people know about this and I'm just late to the party?  At the very least, an excuse to post pictures of Elsa Benitez?

1. It IS that Rony Seikaly.  He's apparently a full-time DJ now in the Greater Miami Area.  Of course he is.

2. Any excuse to post pictures of Elsa Benitez is a good one: 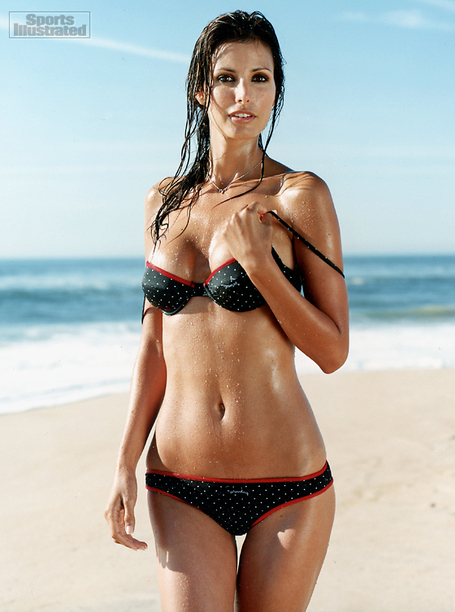 As far as I can tell, if you're in the Miami area, you've got plenty of opportunities to get your dance on at the behest of the #2 rebounder in the Syracuse basketball history.  I'm just going to trust that D.A. is on the case and we'll be spending his evenings standing in line at the Fountainbleu screaming "Don't you know who I am?!?!?!?" in order to get inside for the official report  We salute him in advance.

Dave Bring is the mayor of Detroit.  Rony Seikaly is holding court at ritzy Miami dance clubs. Matt Gorman is a superstar in England.  Quite a time for SU basketball alums.  Quite a time. 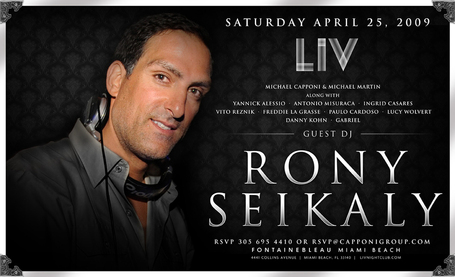