Doug Marrone wasn't just in LA so that I could chat with him about his eating prowess.  He spent last night at an event for SU alumni and donors that was also attended by DOCTOR Daryl Gross and Chancellor Cantor.  One attendee from the event sent along a special report, enjoy:

Cantor had a brief anecdote about how one of the university provosts called her because Marrone called, wondering why a player hadn't been disciplined for poor grades before his arrival. That tied in nicely with Marrone's primary speech about developing recruits as people, then as players. He said he "wants to win the right way." He also mentioned the Paulus signing (including the positive media attention to the program around it), the importance of California for recruiting (including the two junior college guys they signed from the area who he thinks will play right away), and, most importantly, he "didn't take this job to fail."

He also said that Arthur Jones was going to be fine and the confidence in his voice made me feel like Jones will be ready to go at the start of the season.

Marrone brought up how on Fridays in the NFL, players and coaches will wear their college gear (jersey, polo shirt) to the compound and that he had stopped wearing a Syracuse shirt because it was too embarrassing. My favorite part of him though, was one word:

He didn't say it as much as he almost spit it out. He didn't say it, but I am almost absolutely certain it kills him to see how bad the program had fallen.

I spoke to him for less than ten minutes (maybe only five), but one thing was crystal clear. Marrone cares so much about the school and bringing the program back. Cantor and Gross seem like they are going to give him everything he wants and needs, so it will all be on him... and I don't think he's going to let the school down. It will take a couple years to get the wheels back on and get the program going again, but I really think he will. There are some limitations of Syracuse pertaining to football greatness that will hold the team back from being at the very top level of college football, but I think a return to the heyday of the MacPherson-Pasqualoni years of going 9-3 or 10-2 most years with the occasional BCS bowl appearance is certainly possible under Marrone. I know I was already looking forward to it, but I am now very excited to see them play USC out here in 2011. I know it sounds crazy and like "feeding the Christians to the lions" right now, but I think it's going to be a good game as far as a measuring stick to show how far the program has come under him in two years.

Reminds me of a couple extra thoughts I had from my meeting with Coach earlier in the day.

I specifically didn’t ask Marrone anything about his predecessor because, let’s face it, he’s not going to say anything negative on the record. But from everything I’ve gathered and knowing how Marrone feels about Syracuse football and to have watched him react to Greg Robinson Era miscues and poor performance, I have to imagine it keeps him up at night how poorly this team has been run the past four years. Comb through all of his interviews and look at all the mentions of instilling tradition, instilling more preparation, fixing fundamentals, giving players life lessons, making them work harder than before, making them more presentable when they are in public…I seriously believe he and the other assistant coaches have sat around and wondered, "What the hell were they doing before we got here?" 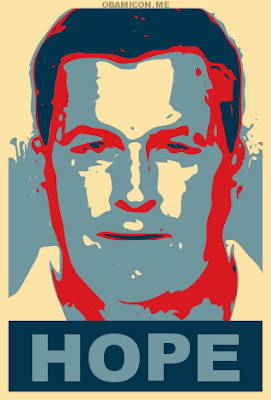 I listened to Marrone rattle off last season’s stats when asked about areas of improvement on offense. Every stat he brought up, we were last in the conference in. But he said it all so calmly. It’s like he’s just accepted the situation and he’s fine with that as his starting point. He’s not freaking out or in some kind of mad dash. Just very in-control.

Doug asked me at one point why I didn’t just "buy the website in Syracuse?" Not sure if he meant why didn’t I move to Syracuse to blog or if he thinks the Internet is regional.

Doug Marrone will tell it like it is. That’s corny and cliché, but I think it’s true. It’s not that he’s above coloring the truth, I just think he doesn’t like to lie. If SU plays like crap in a game this season, don’t expect him to talk about the "flashes," expect him to say we stunk. Sounds…refreshing.

Of course, I’d much rather we not stunk. Or stink, as the case may be.