Last week Jim Boeheim made some questionable comments to Andy Katz about Eric Devendorf, Paul Harris and Jonny Flynn, all of whom were leaving the Syracuse program to go pro.  Presumably, the Orange would be worse off...but not to Jimmy:

"We lost three starters but I'll take Wesley Johnson over Paul Harris and Andy Rautins over Eric Devendorf," Boeheim said. "In some ways, Triche will be better for us. He's really good."

Bold statements, especially about young men who are supposed to be entrusted to you as a leader and role model. Quite simply, he sounded bitter.

Jim attended the Coaches vs. Cancer gala this weekend and had a chance to clarify those comments.  While I haven't seen a transcript of what he said, here's an e-mail sent to Syracuse Scout board member Moqui from SU Communications Director Pete Moore on what Coach Boeheim said:

"Coach Boeheim, during the course of the evening, addressed the entire audience about the remarks attributed to him in the Andy Katz article (they were later picked up by the Syracuse Post Standard). As I had guessed, the remarks were taken out of context. . .As Coach noted, he was not saying that they were glad to see Paul, Jonny and Eric leave. Coach noted that Syracuse would probably be a top five team in the preseason if all three returned and the program would have welcomed all three back. The question he was responding to was about the quality of next year's team and whether or not, with the loss of the three top players, the team would be competitive."

Andy Katz, apparently under a little pressure to clarify as well, posted this nugget in this latest column:

Boeheim said the Orange would have been a top-four team in 2009 had point guard Jonny Flynn returned to school instead of staying in the NBA draft. Without Flynn, Syracuse will struggle to be in the Top 25, according to Boeheim. And to clarify some of Boeheim's comments from last week, the Orange will still have to make up for the losses of Paul Harris and Eric Devendorf with Iowa State transfer Wesley Johnson and guard Andy Rautins. Boeheim wasn't dismissing Harris' and Devendorf's importance to the squad, but he does believe the Orange can survive the hits.

I guess.  I mean, the "taken out of context" reasoning doesn't dull the impact of saying he would "take" Johnson over Harris and Rautins over Devo.  Not sure how that could have been said in a nicer way the first time around and "spun" to sound any worse.

Of course, the real story from the CvC event was...Julie Boehiem. Sparkling as always. 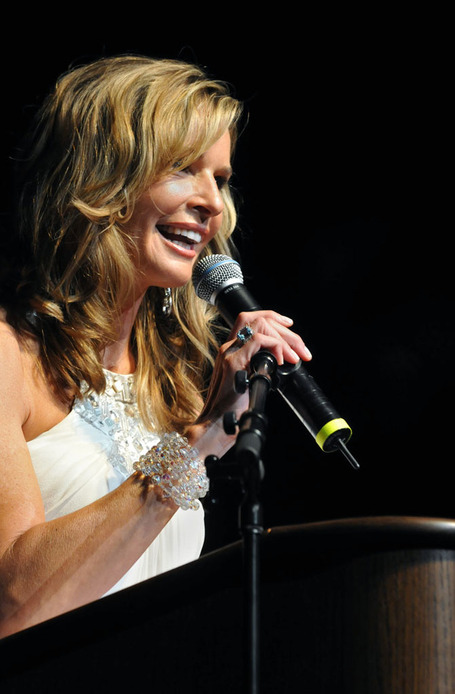