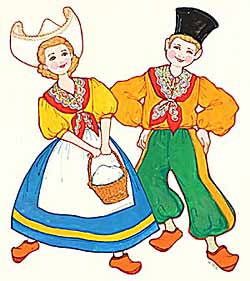 If you're attending the game tonight and not wearing one of these outfits, you're dead to me. What? They've got orange in them, what's your problem?

Of course, you'd be wearing said outfit in honor of Kristof! Ongenaut, who will play his final home game for SU tonight.  It wasn't that long ago that we wondered just how much of an impact this lanky Belgian transferring from a JuCo would have on the Orange.  He seemed to be just another in a long line of big, goofy white guys to fill in space for the Orange, like Craig Forth, Billy Celuck and Matt Gorman before him.  But Kristof! became something a little better.  He became our glue guy, as the kids say.  Bud Poliquin sums up KO as such:

Now, has Kristof been a star? No, but that was never meant to be his role. Rather, his job was to be the Syracuse garbage man. His job was to do the dirty work that would more easily allow those Greenes and Flynns (and others) to be the headliners. And the young man has performed his black-and-blue duties well.

It hasn't always been pretty but like Bud says, it wasn't meant to be.  But that only made it that much sweeter when KO made a momentum-swinging dunk or gutty rebound.  Even Kristof! will tell you that they just don't keep stats on what he brought to the Orange:

"They should keep a stat on how many times I fall on the ground," Ongenaet said. "But I'm just trying to get the ball and be aggressive and do the little things. That stuff happens. I'm not worried about it. It's just part of my game. I'm glad to take those things and help the team."

Numerous times this year, when asked about Ongenaet's play, head coach Jim Boeheim responded with the same answer: "He is what he is."

He is what he is.  Syracuse fans have no problem with that.

We're not done with him just yet but we will remember Kristof! fondly when we think of him.  Whether it's the time his parents took a $500 taxi ride from NYC to Syracuse just to see him play, or the time, his junior-year-performances that earn him the Most Surprising Player S.O.B. Award, the time we almost saw his junk or perhaps the play that you can watch below, we will miss the big lug.  Even if Jimmy B won't (I'm sure he will...).

He won't play in the NBA and he won't get his jersey retired but Kristof! is one of those players who SU fans will always go out of their way to honor when we see him down the road.  Thanks for all the hustle, Waffle.