The Rowaning Is Upon Us

Share All sharing options for: The Rowaning Is Upon Us 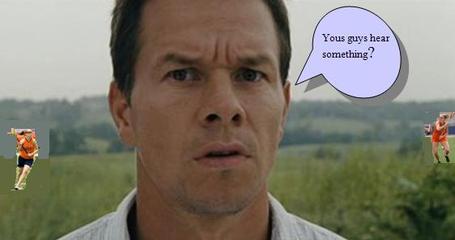 The SU Women's Lacrosse team, who went to the Final Four for the first time in school history last season, has returned.  They are ranked #2 this season and are ready to dethrone 4-time defending champion Northwestern.  Most importantly though, it means that Katie Rowan, sacker of empires, enslaver of the wicked, destroyer of all she sees, the alpha and the omega, has returned.  As if you needed a refresher:

Ranks first on Syracuse’s record list for career points (284), goals scored (178) and assists (106) … Owns the school single-season records for points (142) and assists (69) … Tied for the quickest player in school history to reach 100 career goals, eclipsing the plateau in 34 games … Tied for the quickest player in SU history to record 100 career points, reaching the mark in 28 games … Member of the US Lacrosse World Cup Training Team.

Robbed last season of the Tewaarton Trophy, she's back in the hunt this year.  Truthfully, it's just a formality.

The women opened their season with a resounding 21-4 win over LeMoyne last weekend but they travel to Stanford for tomorrow's match-up with the Cardinal.  Get to know everyone else besides Rowan on the team before they blow up again and you're not on the bandwagon.

Besides, you don't want to miss that moment before every game where Katie Rowan slowly strides to the middle of the field, stands before the entire opposing team and utters the following:

And thus filfillls my requirements for Women's Lacrosse posts.