Some game-related photos worth noting before we move on...

John Quigley was kind enough to send on a couple that showed what the game looked like for those who got stuck on the very outskirtiest, nose-bleedingest seats possible: 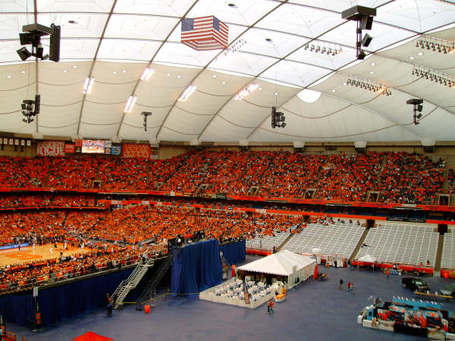 Then again, don't feel bad John.  At least one person had worse seats than you: 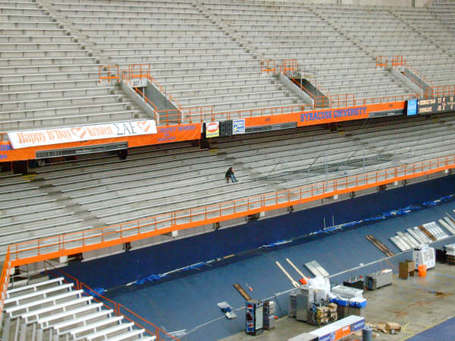 And then there's this guy who's breaking every concievable sports rule known to man in one event (didn't wear orange to the Orange-Out whilst wearing Boston AND LA gear): 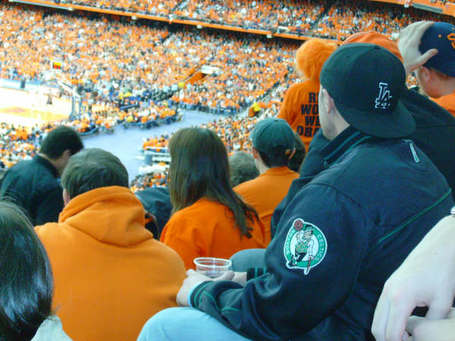 For shame, sir.  For shame.

Could have been worse, I suppose.  He could have purchased a Syracuse-themed foam claw.  I'm not entirely sure of the thinking behind that one but I'm pretty sure this is the appropriate face when wearing one (Via Brian Roll): 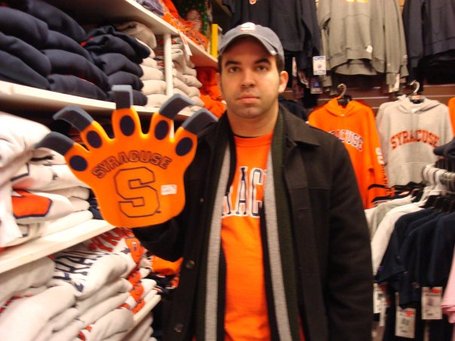 Big credit this weekend goes out to the students who really did a great job representing the school from where I was sitting.  Kudos to those who camped out beforehand.  I have a feeling the floor of the Carrier Dome hallway isn't one of the more forgiving surfaces out there (via George Carey): 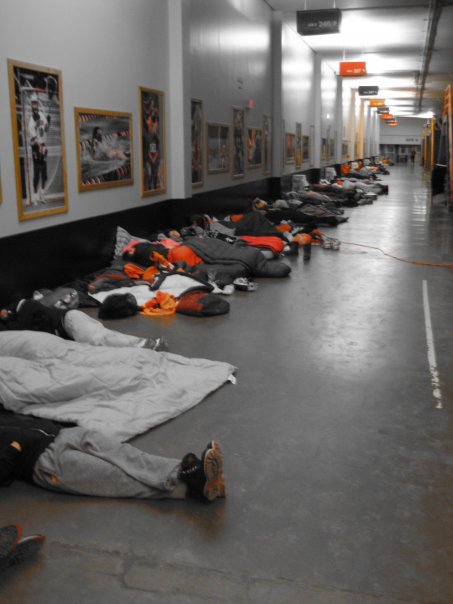 On to the game itself, if there was anything I learned while watching the action it was this.  Cuse Nation cannot dance.  We can't.  I don't know what to tell you but if you wear the Orange, you should not, under any circumstances, dance in front of a camera that then beams the image of you dancing out to a national audience.  Exhibit A: 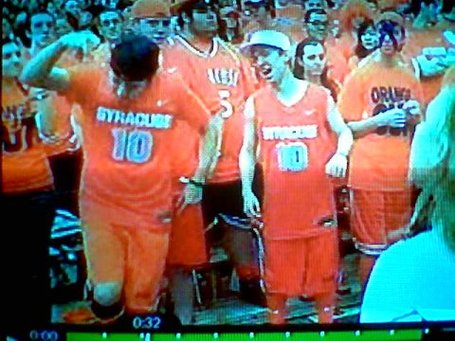 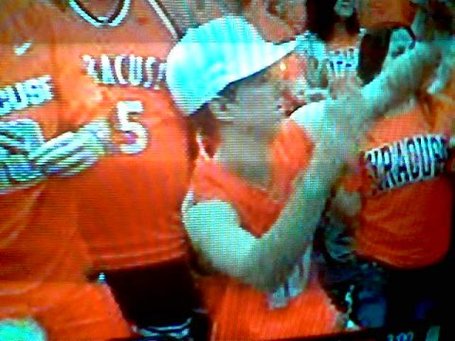 Leave the dancing to the professionals, Cuse fans.  Or at least to our dance team.

Finally, I leave you with my favorite image from the game and possibly one of the best TV moments I've ever witnessed: 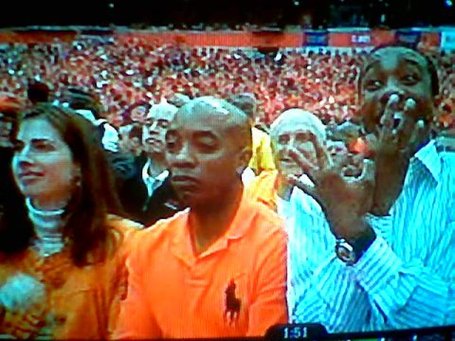 "Throw all the gang signs you want, I'm not speaking to you until you Carmelo-up so I can build myself a new office."