Somehow I Don't Think Nike Will Be Sponsoring This One

Share All sharing options for: Somehow I Don't Think Nike Will Be Sponsoring This One

I have to admit, I didn't know about this one.  I'd say it sounds silly except that...it doesn't:

Under Dick MacPherson and Paul Pasqualoni, the Orange men had a tradition following each season of burning their practice cleats/shoes. It was a symbolic act of cleansing themselves from the season. That tradition was vacated under Greg Robinson, but will return under Marrone. In fact, Marrone said he may re-start the tradition before the start of spring practice as a means of putting the past in the rear-view mirror.

The fact that Greggers couldn't possibly understand the meaning of a mental exercise like this makes me want them to do it even more.  It's almost perfect.  But why stop at cleats?  Throw some helmets in there.  And those practice towels.  And the water bottles.  And Lavar Lobdell.  Get Marinovich to break into Manley, grab whatever he can carry and burn that as well. 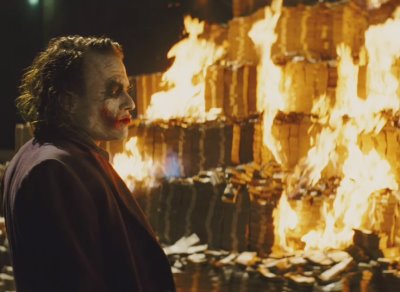 Doug Marrone is a man of simple tastes.  He likes dynamite.  And gunpowder.