Suspensions Aside, The Syracuse 4 Are Lucky To Be Alive

Share All sharing options for: Suspensions Aside, The Syracuse 4 Are Lucky To Be Alive

Couple months ago I was making a left across a three-lane road during rush hour.  The two lanes closest to me were jammed and they made space for me.  I proceeded and probably should have been a little more prudent because before I knew it a car was speeding towards me in the far lane.  I jammed on the breaks just in time to watch the other car skim the front of mine, sending my bumper flying about twenty feet in the air.  I was fine and so was he but if you just looked at the damage caused, you'd have thought a lot worse happened.

That can be the case with car accidents.  Sometimes they look worse then they were.  Sometimes, they look about as horrible as they should.  Now that someone was kind enough to forward me photos of Andrew Tiller's vehicle from the night that has caused Syracuse football so much heartburn, it's probably a good idea to take a step back and remember that these guys should just be lucky no one was severely injured.  You might chastise these guys for breaking team rules and earning their suspensions but let's be glad that's all that they're paying for (and that no one was sitting in the rear section). 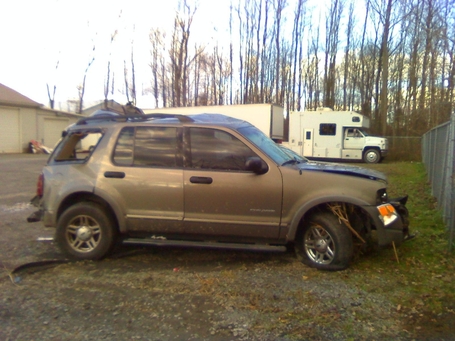 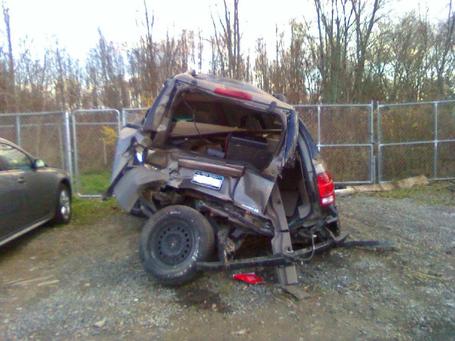