Jim Boeheim, Tom Seaver and Danny DeVito all turn 65 today.  There was a lot of championship DNA spawned on November 17th, 1944.  Boeheim became a basketball champion, Seaver became a baseball champion and DeVito became a...champion of the limoncello industry?

Boeheim will likely spend his birthday in low-key fashion.  Practice as usual.  Maybe dinner with the family.  Perhaps, though, this might be the perfect opportunity to finally reach out to his long-lost doppelganger brother.  You know, the one coaching basketball at Cal-State Fullerton...

I'm talking about Bob Burton, head basketball coach of Cal-State Fullerton.  Currently in his sixth season, Burton remained under the radar until last night when his Titans upset the UCLA Bruins and now the parallels are too much to ignore.  Jim coaches basketball, Bob coaches basketball.  And...well, that's a start.  But wait until you look at each of these guys next to one another: 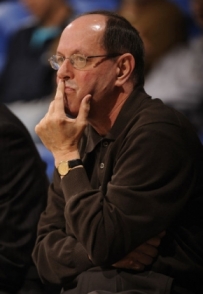 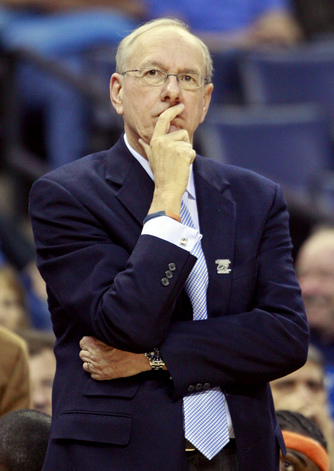 My God...I don't know if they're brothers by another mother or Bob Burton was cloned in a Cal State Fullerton lab as part of their ongoing experiment to create the most cantankerous, grouchy curmudgeon in history.  Whatever's going on, it's too much to ignore.  More photographic proof after the jump: 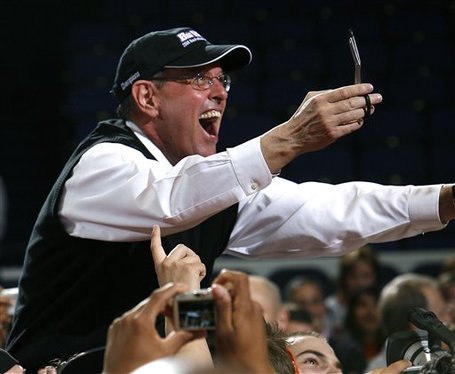 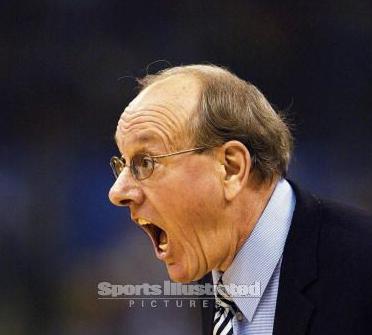