Share All sharing options for: Hey Noel, I Want To Play A Game...

Hello Noel. You don't know me, but I know you. I've watched you for some time now.  Watched you dessimate Syracuse without a care or concern for their fan's well-being. I've watched you revel in their misery simply because, as you put it, it was all part of the game.

Well now I want to play a game.

Here's what happens if you lose. The device you are wearing is hooked into your upper and lower jaw. When the timer in the back goes off, your mouth will be permanently ripped open. Think of it like a reverse bear trap. Here, I'll show you. 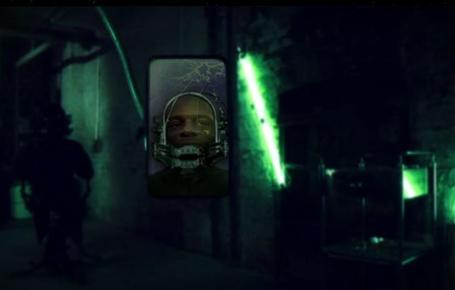 There is only one key to open the device. It's in the stomach of your brain-dead head coach. Look around Noel. Know that I'm not lying. Better hurry up. Live or die, make your choice. 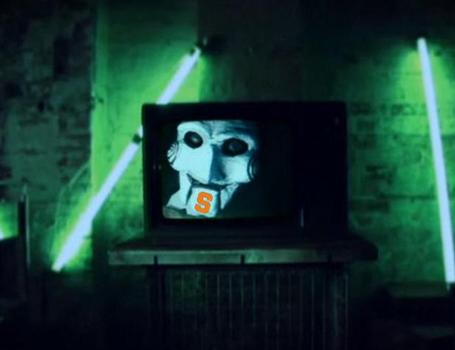 As always, feel free to peruse the fun Saw VI tool and make your own travesties.

I worked at Lionsgate when the first Saw film came out.  We had a booth at the San Diego Comic-Con that year but this was before Hollywood really knew what they were doing down there so it was very piecemeal.  I was one of only a few people heading down and we had to take all the Tchotchkes and hand-outs and other crap with us.

So, I loaded up my car with posters and postcards and other items.  I was ready to go and I was told that I needed to make one stop before heading down from LA.  I was to stop by the Saw producer's office to pick up a prop from the movie to showcase at the booth.  Fair enough.  So I get to the producer's office and takes me into the back where, staring directly back at me from his tricycle, is the Saw doll.

With no room in the back, the only place I could put him was in the front seat.  And so, there I am, driving two hours with nothing but me and the Saw doll staring back at me.  Oh yes, he stared.  Laugh if you want but I am positive to this day that he turned his head at least several times.  To be fair though, I think he just really, really wanted to stop at Sea World.