Paul Harris May, MAY, Be The Greatest Person Ever

Share All sharing options for: Paul Harris May, MAY, Be The Greatest Person Ever

Paul Harris officially became my friend today.  Okay, well, Facebook friend.  But it's a step in the right direction.  I'm that much closer to finally finding out where Paul lives and stalking him.  Good times!

But I don't have to stalk Paul to get what I want from him.  He's already given me the greatest gift of all.  And it is his current profile picture: 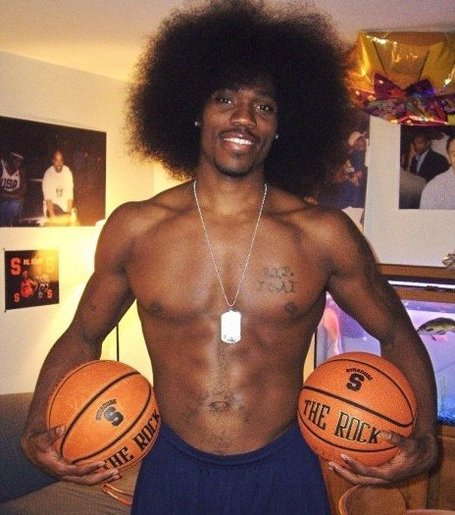 Paul, if you do nothing else this season, you MUST break out the 'fro against Providence on the 28th.  It's a moral imperative.