There's an extremely funny hidden track on David Cross' CD It's Not Funny about the first time he met Creed lead singer Scott Stapp.  Cross had signed on to play in one of those celebrity poker games and unbeknownest to him, Stapp was going to be sitting at the same table.  This presented a bit of an awkward dilemma as Cross had routinely killed Stapp in his sets (In another track on the album he says he'd rather hear his only child's death rattle than listen to bands like Creed).

Cross had no idea if Stapp was aware of the comedy bits, or even if he was aware who David was to begin with.  Rather than delay the inevitable, he went for the kill.  Cross introduced himself, to which Stapp dryly replied, "Yeah...thanks for the words."  And as Cross puts it...

I've always had that in the back of my mind when it comes to Troy Nunes and this website.  I knew sooner or later it would become known that he was aware.  If Troy Googled himself, he'd find that 7 of the first 10 entries that come up relate back to this site.  Even if by some chance he never set foot on the Intertubes, surely family and friends did.

Then came word earlier this week that the man, the myth, the legend was on Facebook.  It became very clear that I had to approach him.  I mean, it was only a matter of time now.  But what if he knew?  And what if he hated the site and wanted me dead?  What if "they" were already on their way to get me?  What if the call was coming from inside the house!?!?!? 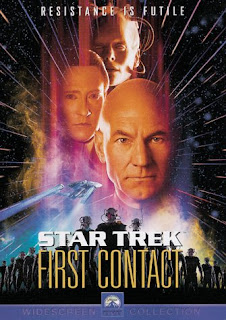 Turns out, I didn't even have to reach out.  He reached me.  Yep, Troy Nunes has made first contact.

Sufficed to say, he's cool peeps.  He cracked a joke (I think it was a joke) about being owed royalties.  Said he's constantly being asked about "his" site.  And he said, I quote, "funny stuff, man."  If you don't think that's rocketing to the top of the pullquote list, you're a crazy person.

And so, I did what any sane blogger with a site named after the player who just reached out to him would do.  I asked him if he's up for a little Q&A.  Commence your finger crossing.

The 4th wall has been broken, guys.  Blogging as you know it will never be the same.  Okay, it probably will, but, you know...