Bill Stewart Is Taking Greg Robinson's Torch And Running With It

Share All sharing options for: Bill Stewart Is Taking Greg Robinson's Torch And Running With It

By now you've surely seen the video of West Virginia's coach Bill Stewart and his oddball press conference send-off.  It's not a "reading The Little Engine That Could" level of absurdity, but it's close...

"We've got enough oil in this state to lubricate the world."  If that's not the new motto of West Virginia within in the next three years, I will be shocked.  Hell, some are even already making changes to the local license plates in honor of the statement (courtesy of Deadspin): 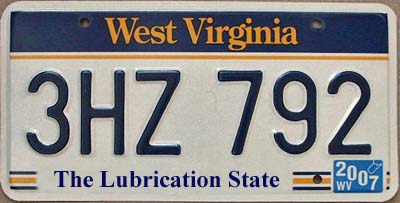 What most people don't know is that Stewart immediately left that press conference to have a meeting with the West Virginia equipment manager.  Their exchange might very well change the course of the world:

With all due respect, sir, that’s the silliest thing I’ve ever heard.

West By God Virginia has the shocking conclusion...