Share All sharing options for: Kenny Haas: The Early Years?

CuseOrange.com board member ActionCu$e emailed me with a link to a YouTube video called "Syracuse Over The Years: 2002-2008.  More accurately it showcased video highlights from 2002 AND 2008, but who's nitpicking.

Take a look and be sure to keep a very close eye on the 1:58 mark.  A fellow pops up on screen and he's worth noting:

Could that possibly be a younger, leaner Kenny Haas? 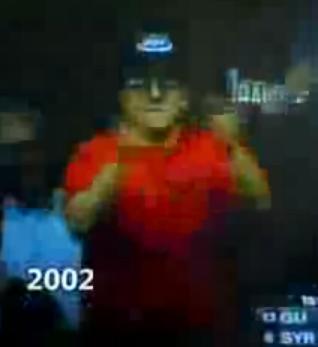 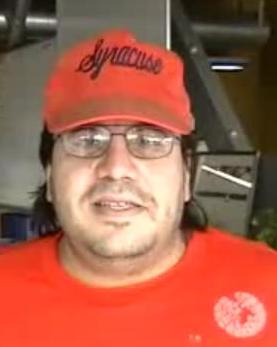 The glasses, the orange T-shirt, the...glasses.  It's uncanny.  Okay, so probably not, but, it's close enough to warrant an email into Jim, the man behind Kenny's 2 Pennies.