Hey Hokies, Who's Your Tailor?

Share All sharing options for: Hey Hokies, Who's Your Tailor?

We had proof earlier this year that Nike was getting a little lazy with the football uniforms when Kentucky's and Buffalo's gear were compared to each other.  Apparently it was just the beginning.

If you happened to watch yesterday's ACC Championship (that was you?), you might have noticed that the Virginia Tech Hokies were sporting a new uniform...which happened to also happen to look a lot like Syracuse's uniform (which also looks a lot like Duke's uniform).  In fact, I'm pretty sure aside from one color swap it's the exact same uniform: 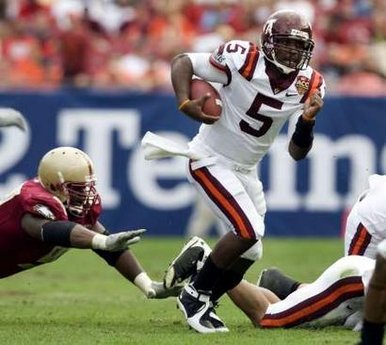 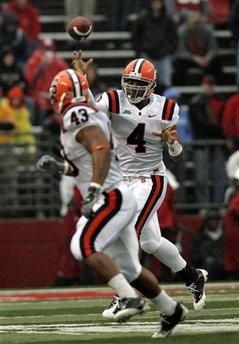 Really, Virginia Tech...your reputation isn't so hot as it it.  Do you really want to draw these kind of comparisons?

We're about three years away from Nike just offering up five uniforms designs and telling universities to pick which one they want.