The Top Ten Things I Heard While At Syracuse - #1

Share All sharing options for: The Top Ten Things I Heard While At Syracuse - #1

Lost in the shuffle with the transition from the old Blogger site to this one was the final entry in the Top Ten Things I Heard While At Syracuse series.  In case you need a little recap...

I have a lot of funny, weird and disturbing memories from my time at Syracuse University ('96 - '00) that span many different places, events and situations. But all of them have one thing in common...someone uttered words before, during or after each of them. And so, I'd like to take this opportunity to remember my favorite utterances and what made them so memorable. At best, you'll find these explanations and stories as noteworthy as I do. At worst, you'll recognize a campus building that I reference in passing and think to yourself, "Hey, I too remember that building and I now feel as though I have some common ground with this fellow."

#9 - "Say your name, where you’re from and say your wrestling name."

So it's bee long enough, it's time to unveil #1.  I have to preface by saying that while in most of the stories up until now the actual phrase is just a jumping off point for the story-at-large, #1 really is all about the phrase.  And so...

Junior year, living in my South Campus apartment (Lambreth Lane WHAT).  It's a typical Saturday night in the "complex."  My roommates and I, our friends, the girls in apartment 4 and a couple stragglers from around the area are partying in our place.  The Keystone Ice is flowing, the Wu-Tang is blasting, the lights are dimmed and the darklights were on.

One of my friends was from the small town of Roscoe, New York.  He is born and raised there but somehow speaks with a Southern accent.  Such is Upstate New York, I suppose.  His hometown was coincidental because I had gone to sleepaway camp (like any good Northeastern upper-middle class Jew) at Timber Lake West, which is located in the hills above Roscoe.

Ed. Note - For the record, yes we did have celebrities show up to break "color war" and there was a disparate difference between the ones that showed up in Year 1 and the ones that showed up in Year 2.  Year 1, which was right around the time Beverly Hills 90210 premiered, Jason Priestley showed up.  And I distinctly remembered thinking, "Man, that guy looks like he's on drugs" even though I was 12 and didn't know what that even meant.  Year 2 was two people, which seems like bigger and better, but not so much when you find out it was Nitro and Ice from American Gladiators.  The girls didn't shriek quite as loud this time.  As I see on the Camp website, Clay Aiken apparently broke Color War recently.  So that's an...improvement?

Ed. Note II - By the way, they've been keeping track of all of the Color War teams at Timber Lake over here.  I was there in August 1992 as a member of the Red Country Hicks.  My parents spent a lot of money so that I could do that.  One thing to note though...August 1993 Team Names...White South of the Border vs. Red Orient?  Yikes!  Thank God there were no actual Mexicans or Asians there..) 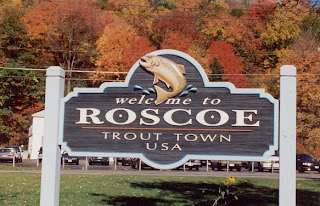 I feel like you now know everything you need to know about Roscoe, NY.

So anyway, my buddy's friend Kev was up for the weekend.  Kev was a very big dude attending Cortland State where he played football as an offensive lineman and was studying to become a teacher.  If I were to ask you to describe a Cortland State student to me, Kev would be your prototype.  He was also the nicest guy in the world...sober.

But on this evening Kev was drunk.  And for a guy of his size, I imagine that took a couple more Jaegerbombs than usual.  Now I mentioned earlier that the girls from apartment 4 were involved.  They were our go-to group of girls that none of us ever really hooked up with but always hung out with because at least we could say we were hanging out with girls...assuming they weren't hanging out with better guys than us that evening.  Anyway, one of them had taken a liking to one of the fellows at our soiree that evening and had apparently decided to give said gentleman a tour of her bedroom.

If you know the South Campus apartments you know that apartment 8 (ours) and apartment 4 are just a hop, skip and jump away from one another.  And both on the ground floor.  And by this point in the evening, our party had made it's way outside.  And while the light in her room was off, it had been on previously long enough for us to realize what was going on in there.

Naturally, we needed to ruin their evening for no real reason.  This is obvious.

So Kev took it upon himself to do the heavy lifting.  He started banging on the bedroom window.  Yelling at them.  Yelling in general.  On more than one occasion a middle finger popped up, would disappear, then a hand would angrily bang the window, disappear, multiple middle fingers would emerge, disappear.  Until finally, the fellow, whom I do not blame one bit, had enough.

He opened the curtain and looked out at his audience.  A ragtag collection of drunk college tools trying to ruin his action on the simple premise that, if we weren't gettin' any, no one will dammit.  He was also face to face with the ring-leader, a 300-pound, teetering behemoth with a humongous grin on his face.

The window opened and the guy said, "What's your problem?"

Kev kept feeding him some bullshit, riling him up even further. Finally, he had enough, "Why don't you go away and stop making an ass out of yourself."

It's genius was in it's simplicity.  It's the kind of thing you would expect Greg Robinson to say if he were drunk and got into a verbal scuffle.

What I loved most about it was that upon hearing it, the guy in the window realized exactly who and what he was dealing with and how much of a no-win situation this was that he closed the window and went back to trying to get in this girl's pants as quickly as possible before the window-banging and yelling started up again.

To this day, that's my go-to phrase anytime an argument escalates from being fun to slightly-serious.  How do you respond to that?  How do you stay angry?  It's unpossible.

And so, the Top Ten is complete.  I guess I better start thinking of the #11 - #20 Top Things I Overheard While At Syracuse now...