Nothing gets me more excited about the Doug Marrone hiring then the opportunity it affords to me to now reference "I'm Doug" clips from the before-it's-time sketch comedy show The State ad nauseum.  Sadly, it looks like the once-plentiful supply on YouTube is gone and MTV finally realized what they had.  But we will persevere.  And whenever the opportunity is afforded, we will make the references happen. 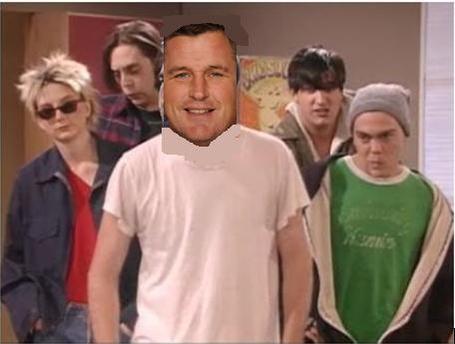 He's Doug and he can't be kept in a cage like some kind of maninal.  He's Doug...and he's in heeeeeeeeeeeeeeeeere.  Here's a song tribute to Doug, I suggest it more than I would Jesus.