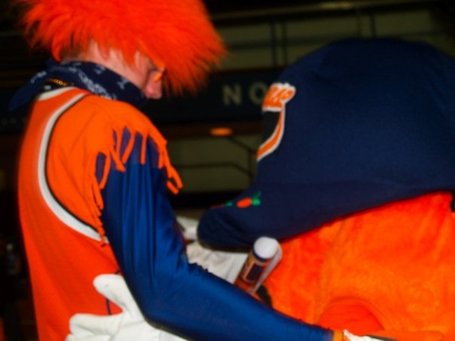 I'm not sure exactly what Otto is doing in that photo but I can guess.  Apropos as that's pretty much the metaphor I was looking for to describe the Husky's 39-14 win over the Orange today.

The Syracuse offense was abysmal.  94 total rushing yards, 24 of which came from the punter on a fake punt when the game was already out of hand.  Syracuse quarterbacks were 6 of 23 for 51 total yards, zero touchdowns and three interceptions.

The crowd of about 147 people (give or take) who witnessed the sadness should earn some sort of medal for their actions.  Helluva way for the seniors to go out.  THANKS GREGGERS!

More to come on Monday but, thank God it's basketball season.  And, in case there's some rather important news tomorrow related to the Syracuse head coaching position, I'll check in on that as well. 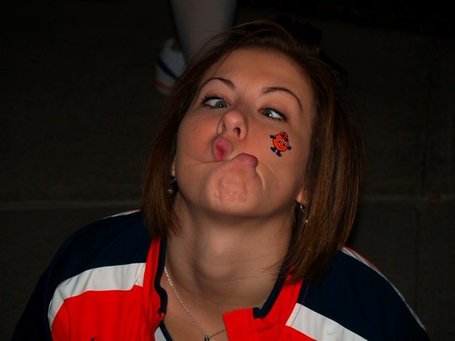 Not what I was thinking of, but it's a start.