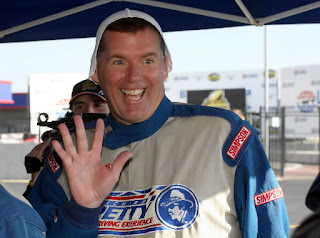 For UConn, they want to play well but not so well that their coach becomes even more attractive to SU.

For SU, they want to make sure the visitor's lockerroom looks extra tidy and is stocked with Powerade so Randy has a nice time.

6:57 - The pregame host just led the studio audience in a "Keep Greg's Job" cheer. He is a dooshbag.

7:04 - UConn's kicker's nickname is the Kentucky Hammer. It's a self-imposed nickname as well. Okay.

7:10 - Wow, Lorenzen gets the start over those other two schnooks.

1Q, 11:23 - Uh-oh. Uconn turns a deflected 3rd down pass into a sneaky grab and 1st down. Not a good sign when your opponent starts getting those plays. Luckily, nullifed by a penalty.

Commercial note. I'm not too close to those California fires but close enough that it's raining ash and the skies are dark. Some serious End of Days shit.

Commerical note, I was watching Navy vs. Notre Dame earlier. Wow are the Irish lucky. That was the most perfect onside kick I've ever seen.

1Q, 7:39 - This Brown character gets the first down to the SU 45. Commentator appreciates how he "goes about his craft."

1Q, 4:16 - Dodge a bullet, literally. Lorenzen fires one into the endzone over his receiver's head. Field Goal time. 3-0 UConn.

Commercial note, watching a commerical for Colin Cowherd's show. I envy those who don't get ESPNU right about now.

Steve Andreas, who you might know from some of those Palestra videos, takes over play by play. Let's do some good things so be can break out his Gus Johnson.

1Q, 2:47 - Robinson throws the long ball to open things up. Then he gets sacked at the 4. Oh. Punt #3 from the endzone but the Husky player misplays. 53 yarder.

1Q, 2:19 - So much for that percieved goodwill. UConn back in SU territory.

1Q, 1:49 - Brown tears up the D and tack on a late hit penalty by A.J. Brown. Ball at 20. Picture in picture on Andreas like he's some sort of wacky experiment...weird.

1Q, 0:00 - UConn threatens and ALMOST grabs a TD pass. Suter breaks it up. Quarter over. SU only down 3 but playing worse than that.

2Q, 13:45 - The ESPNU color commentator is like your unfunny Uncle at Thanksgiving trying desperately to make everything he says funny only he can't fifure out how so he just says things in a heightened way. Ugh.

2Q, 12:55 - By the way, make sure you check out SbN's new BCS Coverage section. Actually pretty cool. SU kick's off, UConn ball at their 37 after some good old fashioned bad tackling.

2Q, 11:36 - UConn can't convert another 3rd down. Suter drops Lorenzen a few yards short of the first. Another UConn punt....

2Q, 11:35 - The obligatory "Newhouse has produced a lot of media folks" side-story. They're interviewing Dave Ryan who, I guess works for ESPN. Don't know.

2Q, 10:52 - I turn my head for one minute and SU is being tackled at the 1. 2nd and 16 from juuuuust outside the endzone. "The offense has gotta find a way to put something together." Thanks. SU does nothing, gets ball out to the six and here comes Punt #5.

(By the way, Catalina made his way in. Good timing, Greggers).

2Q, 7:26 - SU finally realizes they have Curtis Brinkley, starts moving the ball. UNTIL...Dantley hit and the ball goes flying. SU lucky not to get intercepted.

2Q 7:07 - Just give it to Brinkley every play. Seriously, no more passing, just direct snap to Curtis. Gain of 23.

2Q, 6:03 - Somehow, Dantley completes a pass longer than five yards. Cervino grabs it at the 15 on a sliding catch. Being reviewed.

2Q, 2:33 - Touchdown! Brinkley gets in on the 2nd effort after it looked like he was stuffed again. Another review coming up to confirm.

2Q, 0:52 - I get the sense we may have seen the last of Andrew Robinson. At least until the game is no longer in question. Greggers et al don't seem to have any faith in him. Dantley tries to run a 1-minute offense. Cute.

2Q, 0:38 - Dantley has absolutely no field awareness. Get's dropped from behind while scrambling. The commentator describes him as "heavy-legged."

Halftime - UConn lets time run out and they head to the locker room with a 22-14 lead. Curtis Brinkley has 65 yards on 12 carries while Cam Dantley looks atrocious as he's 4 of 11 for 38 yards. For those concerned about free bread, Andrew Robinson is 0 for 1 with 0 yards. Oops.

Halftime - Random recommendation. The Orphanage. Extremely creepy Spanish horror/thriller. If you like yourself some Pan's Labryinth or The Others, you'll like this. Great horror movie for non-horror fans as well (can't explain without giving things away)... Netflix, now!

3Q, 12:36 - Dantley's arm looks like it got knocked as he threw a pass, ball floats into the waiting arms of a UConn DB. Interception. Legree, get warm.

3Q, 11:17 - Tyler Lorenzen thought he was much cooler with the fake then he really was. SU defenders converge on him at the 4.

3Q, 10:01 - It's a penalty-fest all of a sudden. SU ball on their 47. Dantley ALMOST intercepted again. Someone...anyone...remind Greg Robinson about Curtis Brinkley.

3Q, 8:52 - Dantley again has no concept of what's going on around him, takes the sack on 3rd Down. Seriously, what is he doing that Robinson/Legree/Catalina couldn't? Punt #37 (I think).

3Q, 7:30 - Andres is back in charge of the broadcast. Better than the two schmoes doing the regular job. Too late to swap them out?

3Q, 6:01 - I'm beginning to feel the effects of the Syacuse Football Zone Out, common to SU fans when it's clear SU won't win the game and it's just a matter of time.

3Q, 5:10 - Seriously, this picture-in-picture things with Andress is disturbing. This is being broadcast to more people than just his parents, you know...

3Q, 2:06 - It's the Steve Andress Show. Seriously, they've spent more time focused on him then on the actual game.

3Q, 1:36 - Andress kindly asks for a job from his boothmates and they kindly blow him off. So much for brotherly love.

3Q 0:38 - Still no Robinson/Legree/Catalina. Dantley can't do shit. Long punts and UConn takes it ALLLLLLLLL the way home. 32-14 UConn. Send in the clowns.

3Q 0:19 - "It's starting to get to the point where people are looking ahead to basketball season." No, that was July.

3Q, 0:08 - The Andrew Robinson Era may officially be over at Syracuse. Can't believe this is the same guy who looked like he was going to be the next great QB one day... He remains in the game for now.

Not only is LSU getting beat up by Troy but you can officially jump off the Tulsa bandwagon, they trail Houston 42-17 in the SECOND QAURTER!

4Q, 12:17 - Doug Hogue sighting! They go for it on 4th and come up short. Commentator says Hogue has "big-playability." Andress, if you learn anything from this experience, its to never use phrases like that.

Commercial break. Has anyone ever bought one of Billy Mays' products? The Awesome Auger is on TV at the moment. Seems like not a bad idea...I mean, it takes the hard work out of yard work. I'm still a Sham-Wow guy myself...

Excuse me, Andrew Robinson has 9 yards passing. I must've missed it...can't imagine how, game is so riveting.

4Q, 11:14 - The announcers are running out of copy points. Just arbitrarily referenced the 1987 undefeated SU team. Get Andress back in there stat!

4Q, 8:21 - Please boycott Harry Hart's NY Times article on being a sideline reporter when it comes out. He is anti-good. Although I think Jonathan the Husky just gave him the shocker.

4Q, 8:13 - Curious to know the announced attendance. Can't be more than 8K people left in there. Including the players and coaches.

4Q, 6:31 - Well, well, well...a little trickeration as Rob Long runs for the first (longest offensive play of the day for SU). He has more rushing yards than Doug Hogue and Delone Carter combined. Brinkley back in.

4Q, 4:12 - Greg Robinson is "a winner" according to the commentator. Okay. SU goes for it on 4th down, Andrew gets intercepted for the 2nd time.

4Q, 4:04 - Jerseycuse had AROB down for 17 yards so as of right now that's your breadwinner. I would ASSUME that Andrew won't see the field again, but who knows...

When will Greg Robinson be fired?

This poll is closed